by CYRIL GARE  Port Moresby,  Only 250,000 public servants (plus or minus) out of 8 million Papua New Guineans eat up 30 percent of our national-common wealth or K5.2 billion of the national budget every year through their pay packets. That’s a huge burden on the shoulder of a struggling developing nation where all socioeconomic indicators on the United Nation’s Human Development Index (HDI) scale speak low of PNG, even lower among the regional neighbors - Pacific Island Nations (PIN). This excludes the costs of public servants’ traveling allowances, office rentals, utilities, vehicle hire, and such other costs that leech on public funding. As if that’s not enough, departments and state agencies have developed a systemic tendency to ask for more and loot from the people’s share each time the pie is available. A case in point: - The Department of Agriculture and Livestock (DAL) is handling of 2022 K15 million price support/freight subsidy program funds. Originally, K20 million was allo
Post a Comment
Read more 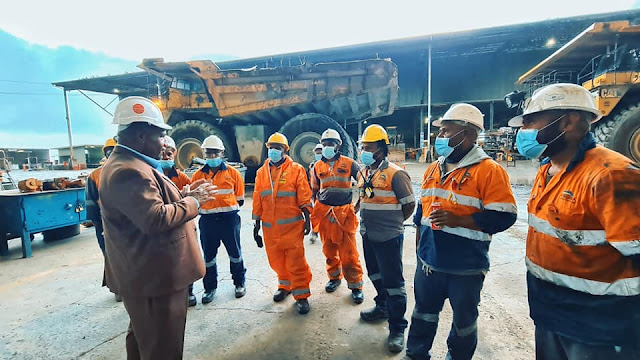 by RICHARD KUNA By the read of commentary by PM, it is becoming more apparent that the structure established for Porgera is a company and not an unincorporated joint venture like before. If that is the case, our leaders and so-called advisors have again cheated us. In a company, a shareholder only gets a return through a dividend. Dividends are usually paid 3 to 4 months after year-end provided there is sufficient retained earnings and cash flow.  Here we have an aging mine with Barrick the Manager. How confident are we that dividends will be forthcoming in the first 5 years when Barrick has been talking up ridiculous amounts of start-up costs??? Operations under a company will get far less scrutiny compared to an unincorporated JV where the management committee comprised of the owner's representatives always meets monthly to go through the finer details of operations. There is much oversight and accountability over the Manager of the mine. The landowners of Porgera must rise up an
Post a Comment
Read more

We challenge you to explain to the 10 million people of PNG the following Foreign Policy Activities you have conducted so far as per your "Ministerial Determination" without an Act giving your corporate sole powers to sign bilateral treaties, including military that impinges on national security and constitutional sovereignty of PNG. 1. The Australian-sponsored Fragility Act that the USA is championing. Did you and your Department, together with all security governance institutions and research bodies do a thorough implication of this Act which would have informed Cabinet and Parliament for its educated and informed decision? Did the Parliamentary Committee on Defense and Foreign Affairs fully appraise of its adverse implications on the independent state of PNG, let alone State Solicitors' legal clearance? 2. Did the recently signed Shiprider Agreement with the USA undergo similar scrutiny and vetting by responsible bodies such as in 1 above? Ship rider Agreement would al
Post a Comment
Read more

by DAVID LEPI Since Tari/Pori MP James Marape took over the nation's leadership, Papua New Guinea has experienced unprecedented and widespread violence, damage to life and property and death. On the broader scale violence and lawlessness is sporadically sweeping across the country and on the lesser the perpetrators happen to come from a particular ethnicity.  In 2019 ABC News reported at least 16 people, mostly women and children, were killed in the village of Karida in Hela Province from an outbreak of an old tribal conflict. Police announced a final death toll of 18 people, which included the unborn babies of two of the women who were believed to have been pregnant. In that same year in October a police patrol was ambushed on the Tokoyo bridge near Tokia/Kuparo village in Hela and policeman Sergeant David Hale was shot and died instantly and Constable James Kobol sustained seriouse injuries who later recovered but is believed to suffer severe post traumatic disorder. Lape Mole fr
Post a Comment
Read more

by  Paul Amatio There have been a lot of talks recently on social media asking the Prime Minister a very simple question: “IF YOU CAN NOT TAKE BACK TARI, HOW WILL YOU TAKE BACK PNG?” This is a very valid question. While he may have been PM of PNG for only a few years, he has been a member of the Tari/Pori Open for over a decade. In his term of parliament, we have witnessed the development of the Hides Gas project from its infancy to its current stage where it is making billions for ExxonMobil and ZERO for Hela and Tari. If we kept proper statistics in this country, we will see that since his ascension to the PM's chair, we have seen a huge increase in migration from Tari out to other urban centers throughout PNG. And with this migration, come the problems they bring with them out of Tari to the towns and cities of once relatively peaceful places. One could be forgiven for mistaking Port Moresby for Tari town! It there were any statistical correlations to be drawn, one may safely (i
Post a Comment
Read more

What happened to the K611 Million Household Assistance Package? To throw off the scent of its failures the government hastily creates another smoke screen hoping to wriggle out clean in what the pompous Treasurer eloquently puts it, "Marape's 13-Year Budget Repair Plan makes PNG's debt risks sustainable." Not so fast Mr. Treasurer! Let's start with what happened to the K611 Million Household Assistance Package to help families put food on the table across the country on the adverse effects of high inflation.  On the budget papers and grand speeches in parliament, it sounds good but on the food table, it is not their day in and day out. There has been no noticeable reduction in the prices of key household commodities despite the Government’s allocation of K100 million for this purpose in the recent Supplementary Budget. In the Supplementary Budget presentation on the 2nd of September 2022, the Treasurer informed Parliament that the Government had announced way back
Post a Comment
Read more

Lessons the PNG parliament to learn from United Kingdom 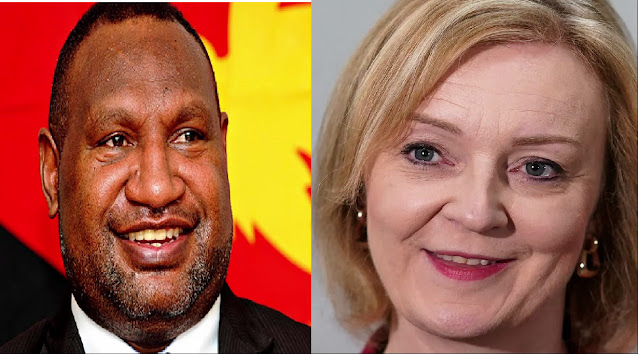 by   DAVID LEPI Rishi Sunak wins the Conservative Party leadership race and becomes United Kingdom's new prime minister. Sunak, a Briton of Indian ancestry and practicing Hundu rise to power in one of the world's most iconic democracies as been a telling journey on the back of certain peculiar political events that saw 3 leadership change in just 2 months.  Whilst India celebrates Diwali - Hindu festival of lights -  and Sunak's ascension to power in the Commonwealth's former empire there are two important lessons that Papua New Guinea must learn and learn earnestly.  1. Mass resignation of government members following Prime Minister Boris Johnson's unethical conduct.  2. Prime Minister Liz Truss voluntarily resigned because she couldn't deliver on her election promises.  Having said that let's have a quick look to the background to each of the above events.  In July 2022 when Papua New Guinea was in the middle of a stormy national election UK's Prime Mi
Post a Comment
Read more 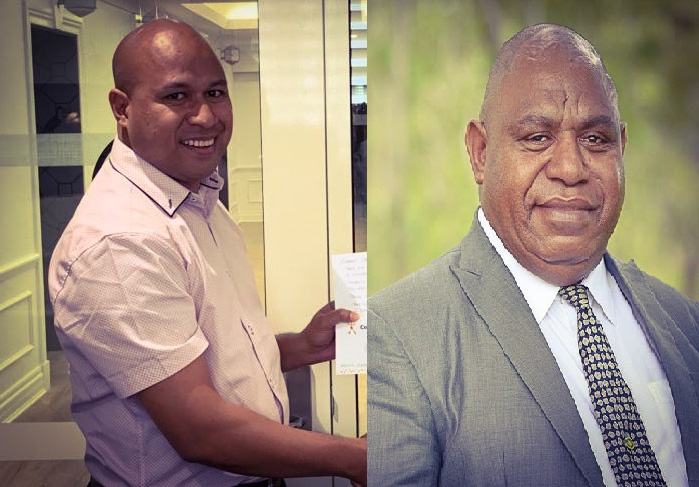 by SIMON FOO Prime Minister urging people to go back to their villages. He forgot that many of the settlers were born and raised in the slums and call it home. The government has the responsibility to care for its citizens by creating new suburbs, homes living spaces and new jobs in the growing metropolitan urban areas- not sending them to rural areas. Globalization is fast catching up and PNG needs to have plans to upgrade cities to cater for a growing population. Urban planners and city designers have a very challenging and demanding job on their hands now. How do you build Port Moresby to cater for 1-2 million people? How do you ensure 1-2 million people have homes, jobs and an improved standard of living? How do you expand and manage Lae city, Hagen? Rabaul or Madang? Sending people to rural, remote villages, which basically lack government services, is against the citizen's democratic right to freedom of movement. I dislike the vagrancy act, I think it’s a selfish act. If you
Post a Comment
Read more

by J. NORTH Massive Fraud and Corruption at the Department of Labour and Industrial Relations under the watch of the current acting Secretary in his capacity as Deputy Secretary Operations and in his current capacity as Acting Secretary facilitated by one idiot who claims to be both Public Relations and Project Officer ... 1. K12 million In-house capacity Building project  Public Investment Programs when there is practically nothing on the ground at the provincial labour offices 2. K2.5million undelivered ICT network projects when all network cabling was provided by the Landlord Tropicana Limited 3. K250 000.00 payment to current acting Secretary when he was Deputy Secretary Operations  for outstanding salary variations  4. Telephone connection for K500 000.00 to a private company when telephone connections were established by landlord Tropicana Limited. Just before the closure of the account last December, another K150 000.00 was paid for a telephone connection to another private comp
Post a Comment
Read more
More posts