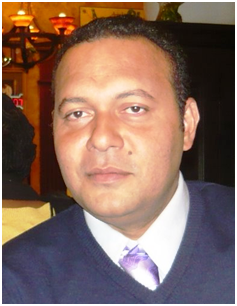 Parliamentarians who have been mandated to represent their constituents are being intimidated and mistreated by their equally represented members of parliament who are in the executive arm of the legislature whom we know as ministers.
While I also speak on behalf of some members of parliament who are still awaiting their developmental grants especially the DSIP funds that we all know was recently dished out to only the members of parliament from the government benches or who supported the government during the recent no-confidence attempt.
The finance officers in Waigani have confirmed last week Thursday 09.09.10 that all remaining cheques of K2m especially for the opposition members of parliament was signed and released to the Finance minister’s office and are in his possession.
So far all DSIP cheques from this eight parliament were physically handed out by the then Finance Minister Patrick Pruaitch, Acting Finance Minister Hon. Arthur Somare, once by the Prime Minister Grand Chief Sir Michael Somare and recently Hon. Peter O’Neil as the current finance Minister.
When members of parliament are asked physically to collect those DSIP cheques amounting to millions of kina from those ministers it then creates a lot of situation which eventually plays down to the advantage of those in power.
What happened to the District Treasury rollout programs why can’t those funds be remitted directly from the finance office to the district treasuries instead of Mps physically picking those cheques from those ministers? When members of parliament physically engage themselves to pick those cheques up it also makes them think that they owned those funds and can find ways to misapply or misappropriate those funds.
Also at this very point in time of movements from both the government and the opposition benches and with a little shift from the opposition Mps back into the government benches, one can assume that Peter O’Neil is definitely luring numbers by using their own constitutional funds according to inside sources.
The reasons that Minister O’Neil gave was that due to some cash flow problems he will still hold onto the cheques but what should have been done earlier by the government is to equally divide the available funds into 89 districts of whatever is available while awaiting further funds to be available.
How can there be a cash flow problem when such funds are secured into trust accounts with hand written cheques being distributed to members of parliament or is it that the NEC uses trust funds at its discretion and will? We all know that the excuse of cash flow problem is not good enough.
The recent K800m surplus and a soon to be supplementary budget to expand those funds before the 2011 budget proper makes me wonder if the 2010 budget appropriation was properly managed especially when billions are claimed to have been misappropriated or misapplied from thousands of trust accounts.
Papua New Guinea’s constitution has clearly defined the meaning of Equality & Participation mentioned second in the National Goals and Directive Principles while recognising the 89 districts of Papua New Guinea as an integral part of the Independent State of Papua New Guinea since September 16, 1975 any government for that matter should respect those constitutional directives.
The Somare Government has clearly breached the constitution as mentioned and continues to do so in many aspects of its way of governance, by zeroing in onto members constitutional funds brings the government’s ability to manage its parliamentary affairs into question.
I urged the Finance Minister Hon. Peter O’Neil to at least release those K2m cheques in his possession to the remainders of the opposition Mps soon and to ensure that future remittance of DSIP funds must be wired electronically from Waigani to the district treasuries. The districts and its people owns those funds and not any government or ministers should use their power to fool mps with their own districts funds it is unconstitutional.
Papua New Guinea is 35 years old now and I urge all leaders to forgo old habits and show some maturity in some ways of leadership in this country, let us not pass those old dirty habits to the new leaders to carry on, parliament is dirty enough already.
35 Years of Independence District Treasury rollout programs DSIP National Goals NEC Peter O'Neill Sam Basil MP State of Papua New Guinea Supplementary Budget Trust Funds Waigani