The Chinese State-owned MCC corporation which owns the Ramu nickel mine in Papua New Guinea has posted a huge profit for the six-months to June 2010 of US$540 million. This profit was generated from revenues of over US$13 billion.
In that period the company has also moved from being ranked as the 380th biggest company in the world to a new ranking of 315th.
The company’s six-month profit of US$540 million puts in stark perspective the losses the company claims it is making on its stalled Ramu mine project which is currently on-hold after landowners obtained a court injunction preventing construction of the mine’s proposed deep sea tailings disposal system.
While in PNG, MCC has been crying over the amount of money it says it has been loosing, it has not been  revealing the massive profits it has been reaping from its transnational operations.
The company’s six-month financial report (warning: file size is 4.5mb) also paints a very different picture about the size of the company’s investment in the Ramu project to that which it claims in PNG
At page 48 the report says the company has invested US$250 million (which is equivalent to less than 3 months profit for the company).
This is a whopping $600 million LESS than MCC executives have claimed the company has invested in their sworn evidence to the National Court sitting in Madang.
Further evidence of the insignificance of the delays to the Ramu project to the company comes on page 53 of the report where the company acknowledges NO new material litigation.
This is an acknowledgement from MCC that the delays and costs to the Ramu nickel mine associated with the court case and injunction are immaterial and of no significance to the company’s overall financial position and profitability.
Chinese MCC Papua New Guinea Ramu Nickel Mine 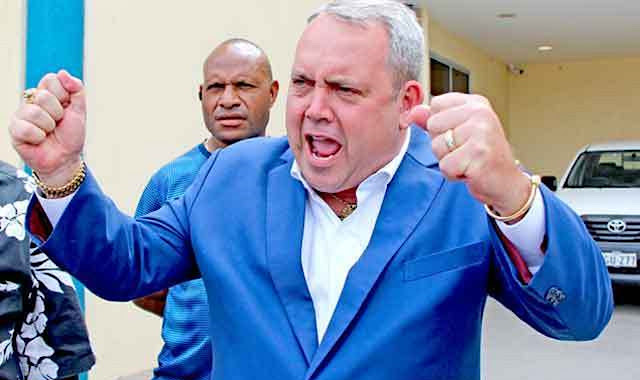