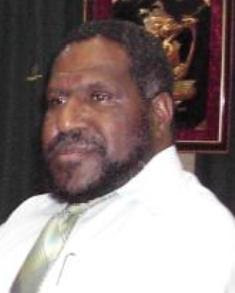 We know now partly on what transpired on the floor of the last session when Parliament rose to appoint Paulias Matane, it is ironic to think that 8 years in one position as the Speaker of the House would at least instil some experience in the running of the Parliament but our Speaker Jeffrey Nape is somewhat a total villager and is not even capable in seeking advice before making a ruling.
Speaker Jeffrey Nape had the Parliament Clerk Mr. Don Pandan a very experienced public officer who in the past has worked under the likes of now Rigo MP Mr. Ano Pala and former Chief Ombudsman Mr. Simon Pentanu.
He has heaps of lawyers working in Parliament under him to which he can seek advice given the limited knowledge he has in running the affairs of Parliament.
Yet he chose not to and allowed to be bullied around by the government and allowed for the “nomination” of Sir Paulias to be declared the winner without having a secret ballot. What carnage and what a blow to the Parliamentary Process.
His decision to ignore getting any advise as now made Papua New Guinea a laughing stock in the Commonwealth of Countries who has the Queen as the Head of State. The understanding of a lot of contemporaries now picks our Parliamentarians as kids in a Kindergarten learning the ropes of Parliamentary Process; these should be like letters in an alphabet.
The Ombudsman Commission and the Auditor General should start investigating the Parliamentary books and further look into the Parliament administrator, the Clerk, Mr. Don Pandan. There has been a lot of money misused in the last 7 years and the image of the House of Papua New Guinea looks more like a market house.
Mr. Nape is living his dreams, you only have to come to Morata and see the lavish palace he is building. Mind you the property that he is building on is currently a road reserve and NCDC and the Department of Lands should look more into how this land was subdivide and grabbed by him and others living on the same street.
I hate ranting about the private lives of these MPs but when we have experienced growth in the past 5 years to unparallel levels, when we have major companies here investing in our country, when Oil Search boss Peter Botten telling it in our face that we have a problem managing our finances don’t you see the signals?
Where there is smoke there is fire and sure enough there is something burning in the Kitchen and we all know the famous kitchen that is the chief cook himself and his minions or "soup boys" the name many are giving them.
Jeffrey Nape Kitchen Cabinet Papua New Guinea Parliament