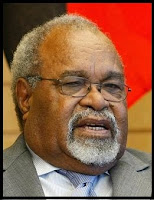 The Prime Minister caused the Publication of the National Ministers constitutions the NEC and their respective Responsibilities in the National Gazette on Thursday 3'd March 2011, National Gazette No. G57 of 2011. In the publication, particularly Schedule 30 provides that Patrick Pruaitch as the Minister for State Assisting the Prime Minister.
This is in direct contempt of the Orders of the Supreme Court in the case of Pruaitch v Manek [2010] PGSC 7;SCl052 (31 May 2010) where the Supreme Court declared that the leader was automatically suspended when the charges were served on the Tribunal.

The highest Court of the land constituting Kirriwom J, Gavan-Nanu and Davani JJ declared that the leader was suspended forthwith. How could the PM then appoint him to be a minister of his cabinet?

The Tribunal is yet to hear the case against Mr. Pruaitch and as far as I could recall, there was no Court Order setting aside the Supreme Court Orders. Until the Tribunal finally determines the allegations and unless a 5 men bench of the Supreme Court overturns the decision of the Supreme Court in the above case, the Orders are still effective. Any action in derogation of that decision is clearly contempt.
The appointment and publication in the National Gazette is a clear case for contempt on the face of Court. This is a clear disrespect of the Court Orders and so I urge the Registrar of the National and Supreme Court or the Chief Justice to cite the Prime Minister Sir Michael Thomas Somare for contempt.
If the PM can act in contempt of the decision of the highest court on the land then what is there for this country? This is not the first time the PM had interfered and defeated the course of justice. In 1979, Nahau Rooney who was then the Minister for Justice was imprisoned for interfering with the judiciary citing her for contempt. 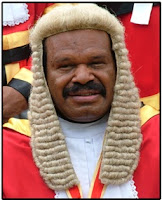 Sir Michael was the Prime Minister at that time and released her on license after she had served one day of her sentence which prompted the mass resignation of five judges including the Chief Justice. This was the first ever constitutional crises only four years after Independence.
I do not know whether the same can be done. If the judiciary is adamant to protect its independence and most importantly, its orders, I suggest the judges should resign. If the PM cannot obey the orders, what good is there for the Judiciary to hold on? Judiciary is seen as the last beacon of hope.
People do not want to accept the decisions of the National Parliament and the Executive government and are always going to Court and when such a decision is handed down, they accept it. However, with such disrespect at the highest, it destroys everything that the Judiciary holds on. The damages this veteran Mp & PM has done so far is far too great 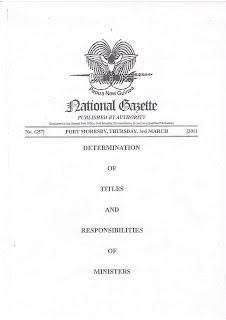 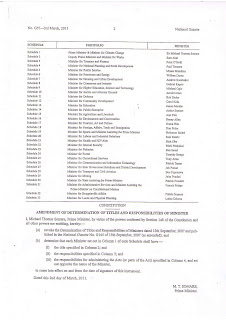