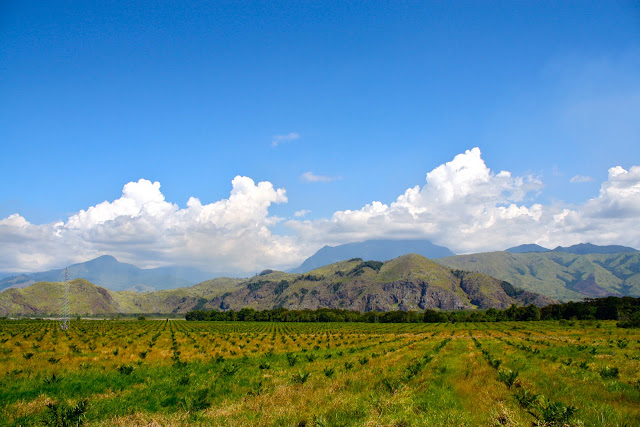 In March, Francis Awesa, the minister of transport, told Australian media that the government is seeking a $4.73bn-$5.67bn loan from China to fix its major economic lifeline – the Highlands highway – with some funds also to be used for other road upgrades. Awesa added that he was “confident” a deal with Beijing would be negotiated.

The 800-km Highlands highway runs from the port city of Lae in the Morobe province to the highlands region, which is home to the crucial Exxon-led $15.7bn PNG liquefied natural gas (LNG) project, the Porgera gold mine and numerous coffee plantations.

“Economically, it is very important for the government to look after this highway, which a lifeline for these projects and the people,” Awesa told ABC radio on March 13. “Lae is also the biggest industrial city and deserves to have the best roads.”

Plans for the highway upgrade are part of wider government plans to improve infrastructure. Under the PNG Development Strategic Plan (DSP) 2010-30, the government aims to raise the share of national roads in good condition to 100% and triple their length by 2030. This includes long missing links, corridors, and “nation-building roads” that will create a “national road network”.

The Department of Transport has prepared the National Transport Strategy 2011-30 and the Medium-Term Transport Plan 2011-15 (a five-year capital improvement programme), which both place greater emphasis on maintenance and rehabilitation above system expansion. Officials say the funds for planned upgrades – including repayments to China for the proposed highways loan – will come from a sovereign wealth fund established to manage revenues from the PNG LNG project, which are estimated to be $300bn over 30 years.

PNG’s road system comprises 8762 national roads, 8100 km of provincial links, and around 8000 district, local and other roads, as well as 800 bridges. The national roads include 3335 km of designated “roads of national importance”, often called “priority roads”.

Government initiatives are backed by AusAid’s $51.76m Transport Sector Support Programme, which noted in a September 2011 report that 53% of the 16 “priority roads” were now in good condition, compared with the 32% registered in 2010. Meanwhile, the major seaports of Port Moresby and Lae had improved their average ship turnaround time to 2.72 days in 2011 from 2.8 in 2010. Finally, 16 national airports have been certified to international standards.

Air travel is a crucial form of transport for PNG and is credited with opening the mountainous and densely forested island up during the latter stages of the colonial period. The capital Port Moresby and Lae are still only reachable directly by plane.

In February, the Asian Development Bank (ADB) invited bids for the construction of a new airport terminal building and associated works at Mt Hagen Airport, located in the western Highlands province. The ADB is implementing a 10-year $640m airport development project, including expansion at Jacksons International Airport in Port Moresby, new security systems at Kavieng, and improvements at Wewak, Alotau, Kimbe and Mt Hagen. Landing safety system upgrades are already complete under this programme.

The challenges presented by maintaining the Highland highway make clear why air travel is so crucial to the country’s development. While the highest pass reaches 3000 metres, 24-degree inclines and declines on gravel are common, according to a PNG Report article, which adds that a return trip takes around four days.

“Around 500 prime movers operated by eight major transport companies currently ply this road, contributing to 40,000 loaded truck movements per year,” the report noted, with trucking activity set to increase during PNG LNG’s construction ahead of its completion date of 2014.

Roads aren’t the only vital piece of PNG’s overall transport network: ports are responsible for shipping vast quantities of goods. The two most important ports are Port Moresby and the Port of Lae, which connects to the PNG LNG project. PNG Ports, the state-run agency in charge of the country’s ports, is currently investing in wharf cranes to increase traffic and is also working to boost container movements at both ports. The agency is also considering the development of another two ports at Vanimo and Wewak to serve a possible gold mine project and expanding facilities at Medang.

Port Moresby’s plans to renovate the Highland highway and port operations are an important step towards improving conditions that currently limit the transport of goods, dampen manufacturing and export potential, and discourage foreign investment. Future plans to link not just lucrative projects but all communities to economic centres will ensure the entire country sees the benefit of increasing transport connections.