O'Neill you were wrong - Namah 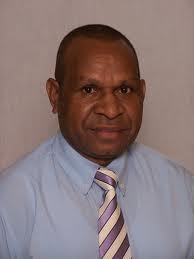 It is a shame that the Prime Minister Peter O’Neil is crying foul when all along he was collaborating with the PNG Electoral Commissioner, Mr.  Andrew Trawen and the so-called Australian expert advisors advising through Australian High Commissioner, Mr. Ian Kemish for opposing the deferral of the 2012 elections. Cries have been received from all parts of PNG echoing and demonstrating that our country was and is not ready to proceed with elections this last week. What a disaster. We have more than two hundred (200) plus Australian advisors working for the PNG Electoral Commission who have assisted orchestrate this disaster. What a shame???

I speak with the weight of facts. In my own Vanimo town urban wards, the electoral rolls there were in shambles. More than 5,000 to 6,000 eligible voters’ names were not on the electoral rolls. This is an urban/town ward. You can expect worse going into the rural districts in the electorates.
The Organic Law on National and Local Level Government Elections envisages under sections 71 and 72 that Electoral Rolls in all its three forms i.e. ‘Preliminary Rolls, Primary Rolls & Certified Rolls’ must be ready three (3) months prior to the Issuance of Writs.

All along I have maintained the fact that PNG Electoral Commission was not ready for the National Elections as provisions under sections 71 and 72 had not been met or complied with. The PNG Electoral Commission is required to prepare and finalise the Electoral Rolls three (3) months prior to elections. However, this issue and concern was overlooked by the Prime Minister, Peter O’Neill and his cohorts.
Peter O’Neill denied supporting the deferral of the elections when he had physically participated and voted for the deferral in Parliament (63 FOR and 11 AGAINSTS).

We had on numerous occasions held lengthy discussions on this issue and made couple of propositions. One that the caucus agreed to adopt was the proposition by Hon. Dr. Sir Puka Temu. Sir Puka actually proposed to work three (3) months back from the date of the return of writs. Which should I believe have given PNG Electoral Commission sufficient time to adequately prepare the Electoral Rolls in their certified forms.

O’Neill openly criticized me during his election campaign on my initial call to defer the elections to allow PNG Electoral Commission time to prepare properly.  This move was to give all eligible voters a fair and equal opportunity to each exercise their democratic rights to vote and elect their leaders.
Peter O’Neill should be ashamed for listening to the PNG Electoral Commissioner and its Australian Advisors. The Unionist turned Politician and wannabe musician Michael Malabag should be ashamed of himself as-well for pushing for elections using the UPNG students and innocent citizens in his capacity as President of Trade Union Congress with his so-called General Secretary John Paska.

If we continue the trend of forever listening to and following foreign advice we will continue face more problems in the future. I have total confidence in our own home grown Papua New Guinean advisors and I am prepared to listen to them. The sad fact is that half of the Papua New Guinean eligible voting population will likely and have unfairly been deprived casting their votes and exercising their democratic right.
We MUST be patriotic and nationalistic in our approach towards decision making for the future of our country. This is a duty we owe to ourselves and our children.

This entire situation could have been avoided had Peter O’Neill stood by his cabinet and parliament resolutions. Peter O’Neill and Andrew Trawen should both be held responsible and accountable for the ill-prepared Electoral Roll and National Elections which are in disarray.

I challenge Peter O’Neill to stop crying over spilt milk. You have done injustice to this country. You have failed the people of Papua New Guinea.
I have always emphasized; “People will criticize me for decisions I make now, but in the future they will look back while they relax in the comforts of their homes and say,

THANK YOU or WE SALUTE YOU, Belden Namah.