O’Neill allowing China to cash in on PNG resources – and making us foot the bill! 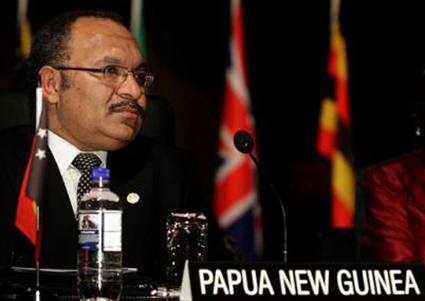 Prime Minister Peter O’Neill claims he is trying to improve the living standards of ordinary people and ensure they have access to basic services, but this is far from the truth.
Confidential government documents show that, just like his predecessor Michael Somare, O’Neill is not only being bullied by the Chinese to give them preferential access to PNG resources – he is using PNG tax payers money to subsidize the Chinese.
The O’Neill government says the controversial Pacific Marine Industrial Zone in Madang province is one of its priorities to boost the national economy but has not revealed:

•    The total PNG government contract with China Shenyang International is for USD 95 million, which means PNG taxpayers will be directly subsidizing this Chinese company to the tune of USD16 million.

Finally the PNG government has agreed the loan contract, although signed in PNG and to be effected in PNG will be “governed by and construed in accordance with the laws of China” – bet you don’t even know what those laws are do you Mr O’Neill!