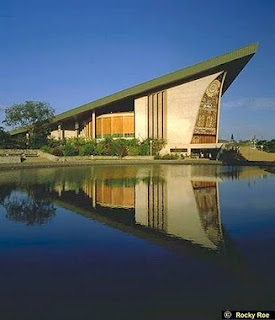 PARLIAMENT yesterday gave a resounding aye to amendments to the Criminal Code Act that raised penalties for serious crimes including stealing and misappropriation.

The death penalty will apply for crimes such as aggravated rape, sorcery-related killings and robbery with violence.

The Criminal Code Act (Amendment Bill 2013), which was passed on a voice vote, repealed the Sorcery Act 1971.

Killings connected with sorcery will now be treated as wilful murder and the penalty is death.
Aggravated rape is defined as rape using dangerous wea­pons or rape in the company of one or more persons or where grievous bodily harm is caused and where the victim is a child under 10 years.

Misappropriation worth K10 million or above now carries a maximum of life imprisonment.
Parliament also amended section 597 of the Criminal Code Act, which allows for a number of modes of execution. These include hanging by the neck, administration of anesthetics followed by lethal injection, medical death through anesthetic administration and deprivation of oxygen, death by a firing squad and electrification.

The method of execution will be determined by the Head of State acting on advice from the National Executive Council.

Justice and Attorney General Kerenga Kua told Parliament that the laws were tough and reflected the crime situation and demands by the community.

Kua said current laws have not deterred people from committing serious crimes and the amended laws would give a strong warning to offenders.

He added that the death penalty on sorcery related killings would send a strong message to perpetrators.

Kua said violent crimes such as armed robbery and stealing had increased and were an impediment to development.

The new penalties would act as a deterrent to such crimes, he said.