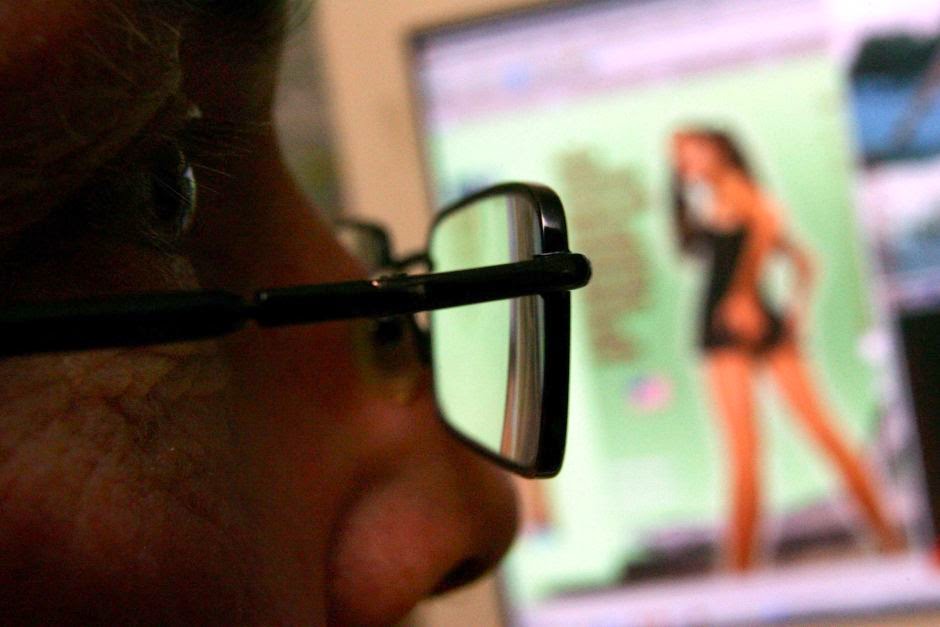 "What the internet has facilitated is the eclipsing of boundaries of time and space," said Dr Michael Flood, a senior lecturer in Sociology at the University of Wollongong who has published papers on pornography.

"So it's possible for people in any part of the world with an internet connection to view an extraordinarily large range of pornographic material, quite regardless of the laws or regulatory regimes in their own countries."

"For example in the US, Utah, which is a very conservative state, is the number one state to request pornography," said Dr Milton Diamond, emeritus professor at the University of Hawaii's Pacific Centre for Sex and Society.
Pornography and sexual violence

PNG has some of the highest rates of sexual and domestic violence in the world.

A study published in the scientific journal The Lancet, found 59 per cent of men in PNG's Autonomous Region of Bougainville had raped their partner and 41 per cent had raped a woman who was not their partner.

Australia's deeply Christian northern neighbour, Papua New Guinea, is the most pornography-obsessed country in the world, according to Google Trends.

Eight of the top 10 nations listed were developing countries in Africa, with Fiji ranking ninth.

"It's on their laptops at the universities, it's in their phone, they watch it in their rooms, they can be standing by on the streets and watching it — I have seen that personally."
Other studies used by the government suggest a third of PNG women are raped, with two-thirds of women experiencing physical or sexual violence.

"I really don't think they're related, I think there are other causes for violence and aggression," Dr Diamond said.

"Most pornography does not have aggression — yes there is Fifty Shades of Grey or whatever... but most [websites] are plain old vanilla type of sex."

"Not only that but [pornography is] associated with an increased participation in sexual violence, an increased rate of perpetration."

But Dr Flood said pornography was by no means the only cause of sexual violence, especially in a country like PNG.

The PNG government is planning to introduce an internet filter to block pornographic websites.

"We are not trying to control the medium of communication but we are trying to filter the rubbish that is supplied free online which spoils the mindset of the young children of Papua New Guinea," the country's chief censor, Steven Mala, said.

Mr Mala said the internet filter was expected to cost almost $2 million but it was not clear when it would be introduced.

This month, the Censorship Office banned the movie Fifty Shades of Grey in Port Moresby cinemas because of concerns about scenes of bondage and explicit sex.

An online campaign against the film called "Fifty Kina, Not 50 Shades" had been encouraging people to donate the money they might have used to see the film to help victims of domestic abuse instead.

"I really saw that there was a movie glamorising or suggesting that it's OK to be in a relationship like this," campaign coordinator Kari Taviri said.

"It isn't just something that we read about or a statistic or a number that we see, for everyday Papua New Guineans it's the reality."