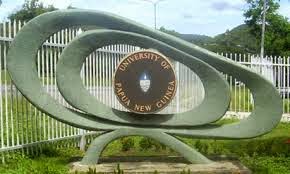 I decided to write this after reading through an article on Facebook regarding the status of our premier institution of learning, the University of Papua New Guinea and it’s sister institute, the University of Technology. I am not an educationalist nor am I familiar with the ins and outs of education per se in PNG or the policies of the Department of Education. I write this as an outsider but a citizen concerned with the direction and state of my country and the question of how my beloved country will look to my children, grandchildren and great grand children after I am long gone and forgotten.

For every developing country, its greatest resource in my opinion, is it’s people – its human resource. It is renewable and non-perishable resource, yet it is one that is fragile and subject to the variances of human nature. And if not guided and nourished properly, it will destroy its parent, the country that gives each of us our sense of identity and belonging.
For my country, this challenge has always been present from the very first day we gained our independence from Australia. We are a nation of hundreds of tribes and languages who were forced to come together as one people by well meaning foreigners. The only thing we had in common was our skin colour. The task of melding and moulding this mass of people into one nation is no easy task. The first early steps taken including the writing of our Constitution were, many will agree excellently done. I accept and believe that when Australia handed over power to us, we had all the ingredients necessary and needed to forge and strong, united, rich and prosperous country. That we have failed miserably is the greatest crime of all and our politicians – every single last one of them is guilty of this crime and should be executed for TREASON. It is treasonous to betray your country and they have betrayed their country to satisfy the own need and greed. That is treason in its purest form.

For any country to prosper, its people must have a sense of national identity. We have none. We identify more with our provinces and families.

It’s people must have a sense of history. We have none. Our historical sites and monuments and objects have been allowed to rot and decay and fall into dust while object depicting our inheritance have been described as sacrilegious in obedience to a foreign imposed religion that was transplanted through many country and over mountains and oceans to our shores but not at the national behest or interest but to satisfy the desires of certain people to be seen as godly people to enhance their stature.

Its people must have a sense of standards. We want convenience and don’t care for quality. So we continue to permit the standards we inherited to lapse and be compromised.

I condemn the treasonous acts by our parliamentarians in allowing our education system to have deteriorated to such a level that a child in Grade 3 today cannot even speak properly structured English nor do basic arithmetic or read a book like I enjoyed. And it goes all the way up where university graduates cannot write a report that reflects the degree they claim to have. Some of them even speak English like a high school dropout. And saddest of all, even the educators themselves have a very poor grasp of the English language. I am sometimes so embarrassed by the gaffes and mistakes of the online teachers on national television that I feel like crying. After reading the piece on the status of the two universities, I am not surprised.

Our parliamentarians have had plenty of opportunity to emulate the successes of Singapore, Taiwan, Malaysia, Korea and as far back as Japan which was the first model of development through human resource development. We have all the natural resource we needed and a healthy, fit, string and naturally talented population. We could have been up there with the best. We failed because the politicians allowed our education system to become stagnant. They gave li[ service to the successes happening under their noses and failed to take concrete steps to implement similar methods at home.

We had the best system of encouragement to success. Tertiary education was FREE and indeed the State paid you to be a student at tertiary level. The current unplanned, illogical free lower education is indeed killing the system. The little resources the system has cannot sufficiently be spread around towards producing a high quality and well educated populace. Instead we are mass producing half baked, ill educated, semi ignorant ignoramuses and the many bright nuggets in among the masses get swamped and tarnished and take years to achieve the shine they should have achieved from the very beginning. Many of our children have no sense of loyalty to their nation. Nor do they have a sense or knowledge of the true history of their native country. I doubt if a student today would even know where the original old parliament house stood (at the foot of Touguba Hill) or the place where the Constitution was drafted (on Motupore Island). Or the lapita pottery (of Watom Island) or the historical garden excavations at Kuk (in Jiwaka).

The institutions that concentrated on the industrial skills needed for a nation to move into the industrial stage of development have long gone into history. Those that have somehow survived still use ancient tools and learning equipment. None have been seriously revived hence the importation of huge quantities of foreigners to work in our extractive industries and indeed in almost all sector of our economy depriving our people of a decent livelihood and our country of the people it needs to propel us to the next stage of our development as a nation.
Yes, I condemn and charge all our politicians, from the very first to the present ones, of the crime of high treason against the people and Independent State of Papua New Guinea for grossly misusing and abusing our monetary resources to effectively execute their primary and sole responsibility of making suitable policies and laws that would have developed the human resources of this country resulting in the critical state of our country thereby betraying their country, Papua New Guinea.