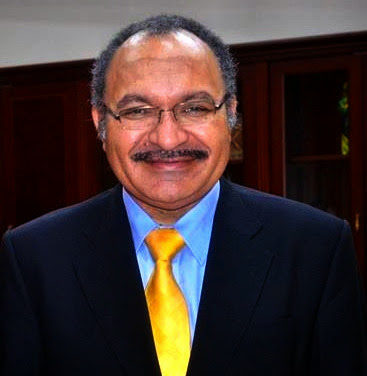 Author of the press statement said the Prime Minister has received the Supreme Court ruling and parties respected the decision but it is important that the reasons behind the amendments are understood as it is an issue that will likely return again in the future. "This legislation was designed to further enhance the stability in the Government of the nation,” Prime Minister Hon. Peter O’Neill said.

“This was for current and future Governments. “It should be noted that since the passing of the integrity law that came into effect in 2002, and these further amendments in 2012 and 2013, the country has enjoyed sustained economic growth averaging 8 per cent. “This is largely because of the political stability that is in our country. "As responsible leaders we must strive to provide ongoing leadership and stability,

"We do not want the country to revert back to decades past where Governments could be changed every few months. “When Governments used to change often growth was undermined and investors stayed away.

“Political stability is vital for growth and development. “Now it will be for future parliaments to take into account the court decision as there will be further constitutional reforms developed that will seek to consolidate stability in the country."

In response lets be honest Prime Minister the amendments were designed to benefit you and ensure you stayed in power and yes we don't want to revert back to 1997-2000 Skate Era.

It my view the PM's press statement is misleading firstly in the pitiful attempt to avoid the embarrassment of having the Supreme Court confirm the amendments by the Prime Minister unconstitutional.

Had the Prime Minister or his chief media officer (Chris Hawkins) actually read the judgement then they would have noted the Chief Justice comments that the amendments were rushed through and in the name of political stability however "with the aim of entrenching itself in power at the expense of the Parliament and democracy."

The Supreme Court considered the evidence by former Prime Ministers
Grand Chief Sir Michael Somare and Sir Julius Chan. Chan raised concern that "excessive stability often leads to dictatorship" Stability must not be for the purpose of protecting a bad or corrupt government to remain in power. He said the extensions of the grace period served to entrench the position of the government of the day. "It does not necessarily guarantee good management. It leaves open the question of inefficient corrupt government remains untouchable for the specified "grace period" The initial 6 month grace period decided by the founding fathers was meant for "settling in" rather than "staying in"

While the Prime Minister emphasis the need for stability in Government he conveniently ignores the issue of Accountability and Corruption in Government. To think where would PNG be had Bill Skate not been forced out by a threat of vote of no confidence. Skate Government which this Prime Minister was a chief advisor and appointed to chair former PNG Banking Corporation (PNGBC) and Jimmy Maladina appointed to National Provident Fund both organisations were run into the ground after being grossly mismanaged and center of massive corruption scandals, both men later arrested and charged on corruption offences. NPF was dissolved resulting in thousands of contributors losing their entire life's superannuation savings, sadly many passed away without ever benefiting from their own entitlements. PNGBC was sold off after being on the verge of financial collapse. During that period the country was close to bankruptcy thanks to 18 months grace period that locked in an inefficient and corrupt Government.

The point being you can't legislate against stupidity, any restrictions against a vote of no confidence only restricts accountability of a corrupt government. Good governments don't fear getting voted out, so the simple question is why does the Prime Minister fear being removed unless he has done something corrupt to warrant it.
Bill Skate Chris Haiveta Chris Hawkins Corrupt government Jimmy Maladina Liar Peter O'Niell PNC PNGBC Prime Minister Supreme Court