WHY PETER O'NIELL SHOULD BE WORRIED ABOUT MALCOLM TURNBULL 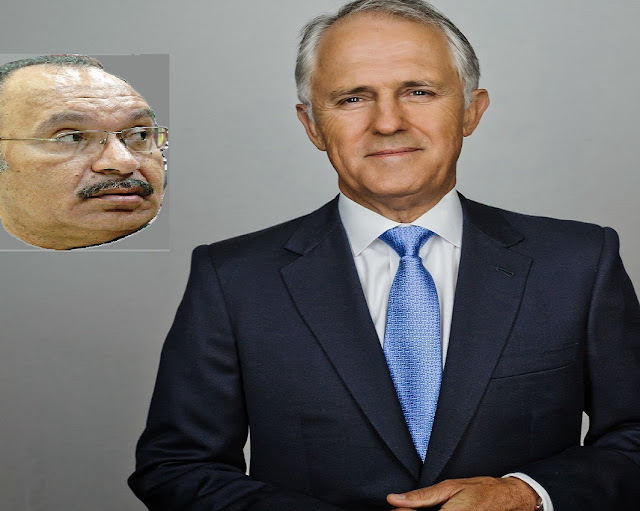 Papua New Guinea's prime minister has signalled a partial back-down from recent comments that Australian consultants and advisers would be expelled from PNG by the end of the year.

Peter O'Neill announced in July that his government would remove all foreign advisors and consultants from government departments because their presence was making locals lazy.


There were also suggestions that the foreign, mainly Australian, advisers, were spying on his government.
Mr O'Neill now says he prefers a change to contract officers who can be accountable to his government.
He told AAP that his government is not that silly to displace families overnight, and that nobody is being thrown out on the street.

Mr O'Neill says he wants to ensure people assigned to PNG show loyalty to the government and to service.
Australia has 34 public servants on secondment to the PNG government and over 100 technical advisers in the country.

Peter O'Niell  had direct links to Tony abbot through Greg Rudd brother of Kevin Rudd who was a Liberal party person yes not labour.

Greg Rudd is very close to Tonny Abbot not Malcom Turnbul so Peter O'Niell was safe then (when it came to Australia turning a blid eye on PNG organised corruption), he is not now.

Prime Minister Turnbull has been fully briefed about Peter O'Niell  corruption and deceipt and will come down very hard.  He started this week by softening his stance on Australian advisors to appease Turnbull, remember that O'Niell is now trying to walk away from some of his earlier statements.

But the insiders in Canberra say Turnbull is totally for fighting corruption in PNG so Australia will take a hard line and may well get their authoritises to act against money laundering by PNG Government officials and  their cronnies starting with the Prime Minister.