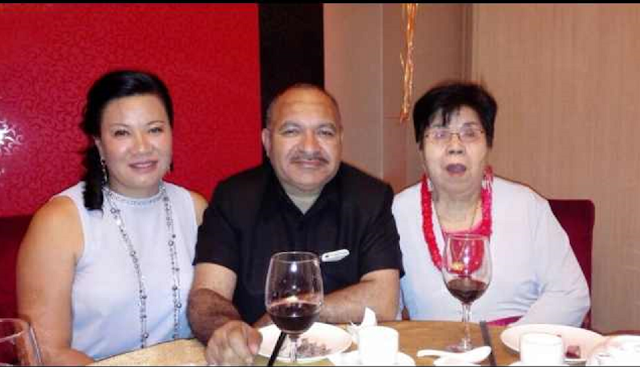 The awarding of contract of the construction of the new Supreme and National Court Complex in Waigani worth K430 million is being heavily politicised and the awarding of the contract by NEC for unknown reasons has been delayed for two months now.

Although It has been budgeted in the 2016 budget and planned to be completed before the APEC Conference in Port Moresby in 2018.

The awarding of the contract went through the the bureaucratic process by going through the Central Supply and Tenders Board before being submitted to the National Executive Council (NEC) it's recommendation.

The NEC submission in awarding a contract of the construction of the Supreme and National Court complex in Waigani is based on Supply and Tender Boards submission while in turn is based on careful and professional technical and financial assessment.

CSTB have shortlisted 3 very qualified and experienced bidders that we're recommended to NEC.

And they are in preference from 1- 3;

The reasons for CRCE being recommended was because it's bid was under budget, it had an outstanding and a credible track record in delivering vital projects over K100 million on time such as the Games Village, Vision City Hotel and other projects for corporate clients.

And also L&A Construction is closely linked and associated with the PNC Party and Prime Minister O'Neil.

However, for unknown reasons NEC has delayed it's decision in awarding the contract to the recommended contractor by CSTB.

Although Chief Justice Sir Salamo Injia was happy and appreciated the CSTB recommendations to NEC.
See as attached is letter by Chief Justice Injia to the Justice Minister Ano Pala on December 3rd 2015 by stating and I quote;

"I should indicate the Judiciary's position that the Judiciary appreciates that the new National Court House complex is a major impact project for the country. The judiciary wishes to see the project on time,within budget and to a high quality standard of finish required for a building of significance". (See attached letter of CJ to Justice Minister)

However, Justice Minister Ano Pala is seen fit to meet the Chief Justice Sir Salamo Injia on two occasions in a attempt to coheres and persuade him to recommend L&A Construction, a company that has strong ties and association with the PNC Party and Prime Minister Peter O'Neil.

It is not known whose interest the Justice Minister Ano Pala is pursuing here but it of serious breach of all good governance and transparency process in PNG.

That must be matter referred and reported to the Ombudsman Commission. 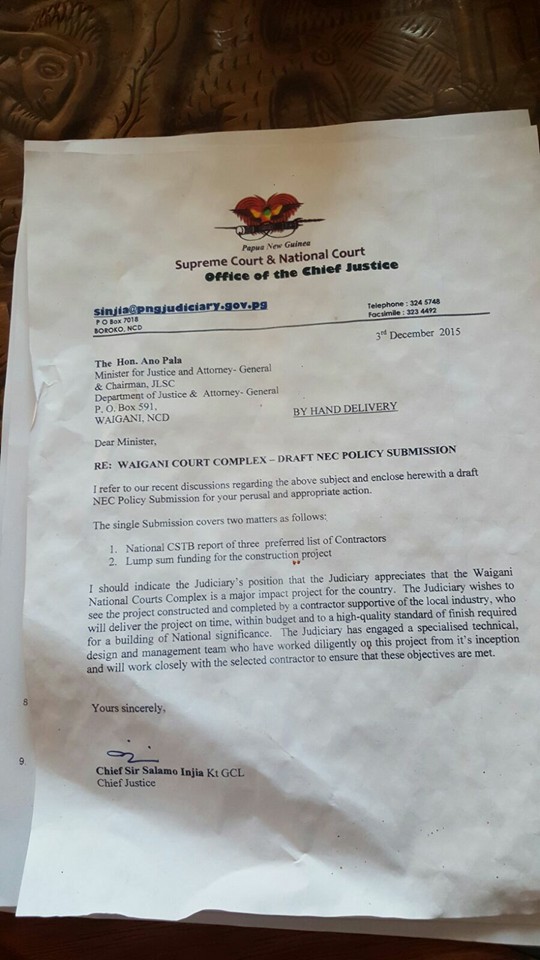 Caption 3; CSTB's Preference recommendation of the the 1st preferred contractor. 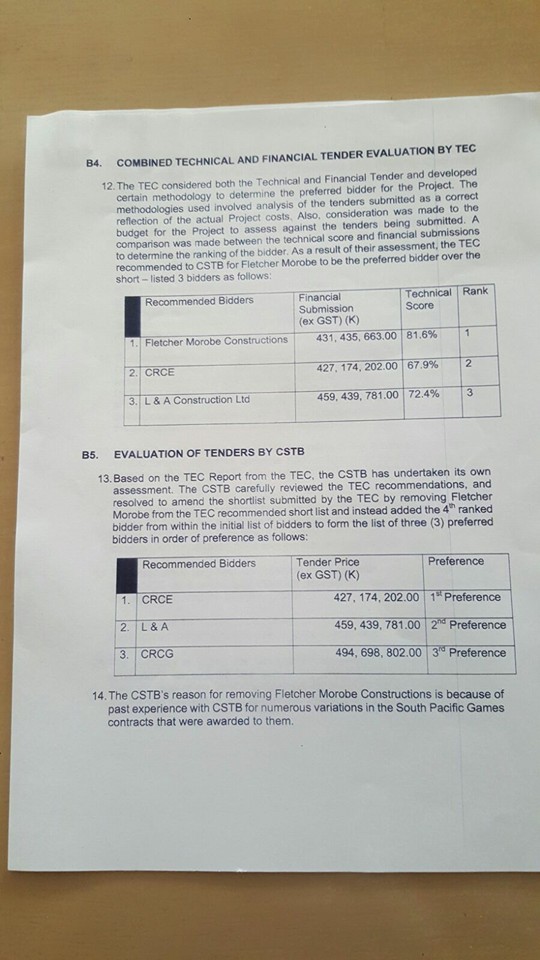