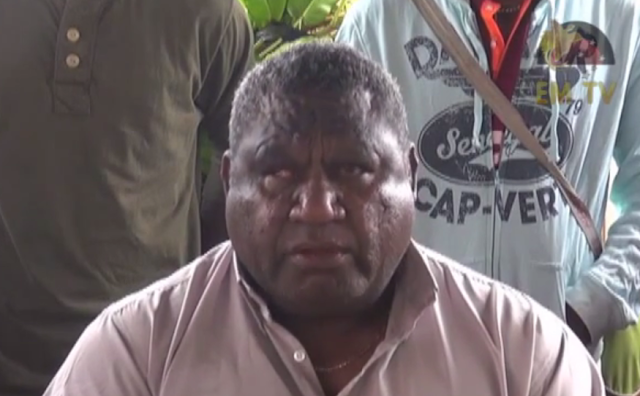 Jacob Ivaroa, appointed by Police Commissioner Gary Baki as the acting deputy director of the National Fraud Squad and Anti-Corruption Directorate, has a long history of corruption and violence.

Most of his service in the RPNGC is as a paid rogue cop for Peter O’Neill and Jimmy Maladina.

Ivaroa is one of O’Neill’s leading thugs, a standover man not afraid to use guns and fists for Masta Peter and Masta Jimmy.

He is best remembered for his body-snatching of former NPF CEO Rod Mitchell, at gunpoint.

Mitchell was investigating the corruption at NPF by Jimmy Maladina and Peter O’Neill, who robbed the people’s superannuation fund of millions of kina.

Although Ivaroa succeeded in capturing Mitchell, his fake charges were thrown out off court and Mitchell was set free.

Ivaroa and Assistant Commissioner David Manning (corrupt son of late corruption fighter Mike Manning) have been ordered by Baki to destroy all files that might lead to the conviction in court of high-fliers like  Peter O’Neill, Jimmy Maladina, Tiffany Twivey, Paul Paraka, Bernard Sakora, Sam Bonner, Daire Vele and all the rest of the PM’s nest of thieves
JACOB IVAROA Peter O'Neill rod mitchell RPNGC