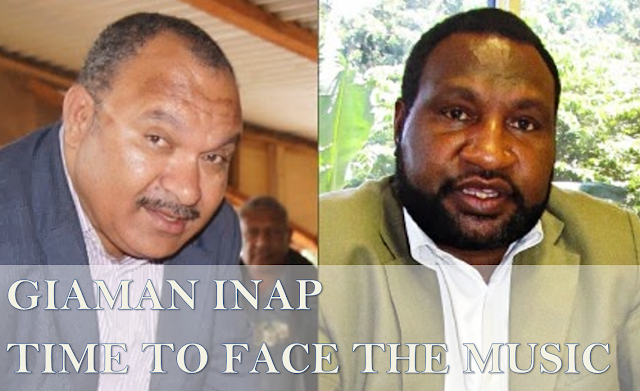 In this Appeal, James Marape filed taxation proceedings and used it to prevent the arrest of himself and O'Neill. The Supreme Court earlier issued blanket restraining orders against Police from arresting O'Neill, Marape and their lawyers/agents etc. This morning, the Supreme Court unanimously (all three members :- Hartshorne, Makail and Sawong) ruled that the Originating Summons does not raise any allegation that Police and members of Task-Force Sweep had abused the process or compromised their position in effecting the arrest. There is no claim that the Police are seeking to prevent the taxation proceeedings either

Now the Supreme Court has dismissed the Appeal, discharged the blanket restraining orders against arrest of Marape, O'Neill and the company of lawyers etc. The Court further granted costs to Damaru and Gitua.

The funny thing is O'Neill and Marape managed to prevent legal representation of Damaru and Gitua which left the two policemen helpless. They made submissions in person and you know what??? They have defeated all the highly paid Queens Counsels in this victory.