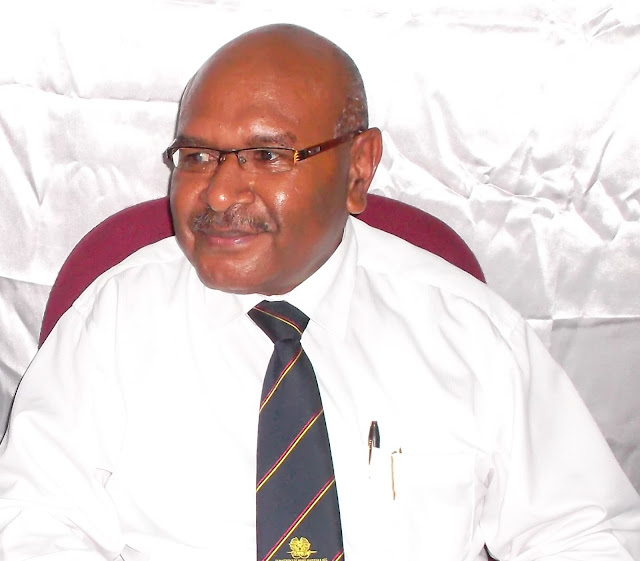 Court documents registered at the Waigani Court (OS NO.715 of 2015 (JR) reveals a fishy land deal involving the UPNG Vice Chancellor, Mellam, NCD officials, some high ranking government officials and the developer Phoenix Construction Company. The developer is the same company who could not complete the Gerehu roads adequately on time and within budget.

What is most absurd about this fishy deal is that it was all reached and settled verbally, though a gentlemen’s agreement. Affidavits submitted by NCD and the company involved plus other documents reveals that Mellam consented to this deal VERBALLY. There is no documentation at the University, either through the Senior Management, the Planning Committee or most importantly the University Council of any university land deal. If due diligence and proper processes were followed, records at the university would have shown the University Council’s decision and university management’s consideration of any submission from the above mentioned parties for a piece university land.

Despite the lack of documentation and the breach of University processes, the K30 million project started in November 2015, all as per Mellam’s verbal consent on the university land.
Lacking the documentation and consultation within the University administration and lack of approval from the University Council, the Registrar of the University of PNG, Mrs. Jennifer Popat, on the 16th November 2015, took out an originating summons to stop the developer to develop the 8.5 hectres of UPNG land which Mellam verbally gave away, for th K30 million project on University land. The question is how the University would benefit from this Verbal arrangement by Mellam and who else will benefit from this shady deal? This is clearly a fraudulent act that was cooked up to defraud the University of the 8.5 hectares of its land.

THE UNIVERSITY OF PNG TAKES OUT A COURT ORDER ON ITSELF.

Over its 50 year history, UPNG has never been ridiculed like this. When in its short history has a Registrar of the University of PNG taken out a court order challenging the decision of its serving VC? This must be registered as a very sad moment for the University. A university taking a court order on its own VC reveals a lot about the leadership, management, administration, trust and worthiness of person and the office he holds and the future of the university itself.

It is very clear that Mellam’s intentions were driven not by the interest of the University, but of his own, the negotiators’ of NCD, the state and the developer. This is a clear fraudulent case that requires immediate attention by the University Council and the Fraud Squad as the matter is already registered in the court of law. The Registrar of the University of Papua New Guinea, Mrs. Jennifer Popat, deserves the highest of the accolades that this land has to offer to people fighting fraudulent and corruptive deal. For a PNG woman to take on the MONSTER we all call CORRUPTION, Mrs Popat stood up to it, thus it should be told to the whole of PNG. Without further investigation by the relevant authorities on this case, the action of Mrs Popat will be another of those who stood up for what is right but was failed by the corrupt system we have in PNG. YOU WARM MY HEART Mrs Popat!
Albert Mellam corruption jennifer popat Phoenix Construction Company UPNG

By: Lori Otto Treasurer, Ian Ling-Stuckey has been harassing Government bureaucrats in PNG Department of Foreign Affairs and International Trade (DFAIT) demanding diplomatic immunity from any prosecution within Papua New Guinea for any failed advises offered by his failed former Australian Treasury Official, Paul Flanagan. Paul Flanagan was personally employed by Treasurer Ian Ling-Stuckey to provide advises on reducing Papua New Guinea’s debt which the Marape Government claimed was excessive. A claim that activists took to demonized O’Neill for increasing the Fiscal Responsibility Act (FRA) from 30% to 35% in 2017. Kessy Sawang wrote more details in her website. https://pngwoman.com/debt-addiction Flanagan’s role was to decrease existing Debt and work on reducing the Debt-to-GDP from 35% to lower that 30%. Flanagan did the exact opposite, he advises Marape Government to immediately amended the FRA and increase the Debt to GDP Ratio from the highly criticized 35% to 45%. According to
Read more