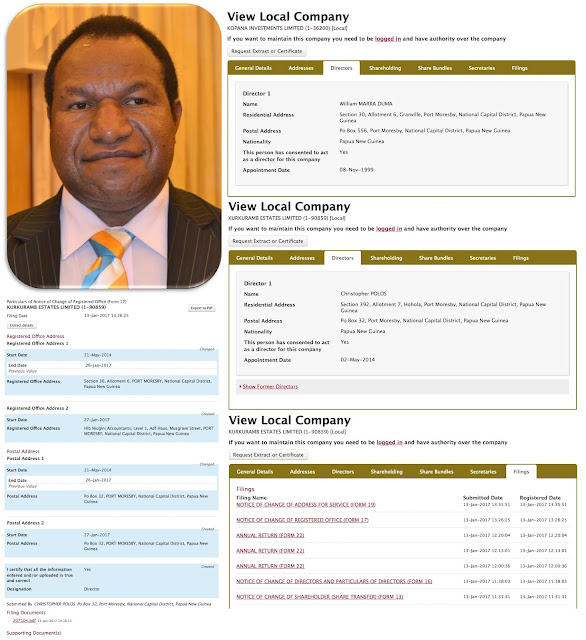 State Enterprises Minister William Duma is the beneficiary of the K50 million paid for the land at Manu Manu earmarked as the new home of the Defence Force’s Lancron Naval Base.

The money was paid in an illegal deal arranged by Kumul Consolidated Holdings late last year.

The Prime Minister, Peter O’Neill, and the chairman of Kumul Holdings, Paul Nerau, are currently engaged in a desperate cover-up of the deal and a shifting of the blame to senior Kumul Holdings staff.

Investigations have revealed the Minister Duma is personally linked to Kurkuramb Estates. At the time of the deal, Kurkuramb Estates address was Section 30 Allotment 6 Granville Port Moresby, according to IPA records. Its Post Office Box number was given as PO Box 556 Port Moresby.

The person identified in IPA filings as the sole director and shareholder of Kurkuramb Estates is Mr Christopher Polos, Mr Duma’s most trusted lieutenant and a close relative of his second wife.

Mr Polos lives with the Duma family and performs a wide variety of functions including personal aide, gardener, housekeeping, repairs and maintenance.

It is worth noting that Kurkuramb is the name of the creek that flows past Mr Duma’s village home and then into the Rongen River, Mt Hagen.

As rumors of the K50-million Lancron scandal began to seep out, Duma hastened to remove any identifiable trace of the connections between himself and Kurkuramb Estates. According to IPA records, a raft of filings were made on January 13 this year.

Three annual returns were filed, purportedly showing that Kurkuramb Estates had assets of K50 million going back three years straight – for 2014, 2015, and 2016. No details are given as to how the K50 million in assets suddenly appeared overnight, as if by magic.

The Prime Minister and Mr Nerau are also scrambling to cover up their roles in the illegal transaction and point the finger of blame elsewhere. It is understood that the managing director of Kumul Holdings, Garry Hersey, has been told to take indefinite leave. He is unlikely to return to work.

It is understood that neither the Prime Minister nor Mr Nerau have referred this K50 million grand fraud to the Ombudsman Commission or the National Fraud and Anti-Corruption Directorate for fear their own involvement will be revealed.

Prime Minister O’Neill is believed to be putting pressure on banks to secretly return whatever is left of the K50 million to Kumul Holdings so that he can say no money was ever paid out.

Evidence made available to PNG Blogs shows that at least some of the money may still be held in Mr Polos’ account at Kina Bank.

The cover-up by Mr O’Neill and Mr Nerau was initiated  earlier this month – the same time that Mr Duma was engaged in covering up his own tracks.

Mr O’Neill, as head of NEC, pushed through belated approval of the scam in December in an attempt to legitimise the transaction. But the NEC decision was administratively flawed as it did not specifically authorise the K50 million payment, as required by law.

Nor was there any legal basis for various parts of the transaction, including the purported ownership and transfer of land titles, and indeed any legal right on the part of the Defence Force to take part in the deal.

The end result is that Mr Duma has benefitted by K50 million, Kumul Holdings (and therefore the Government) has lost K50 million, and no relocation of Lancron can take place. 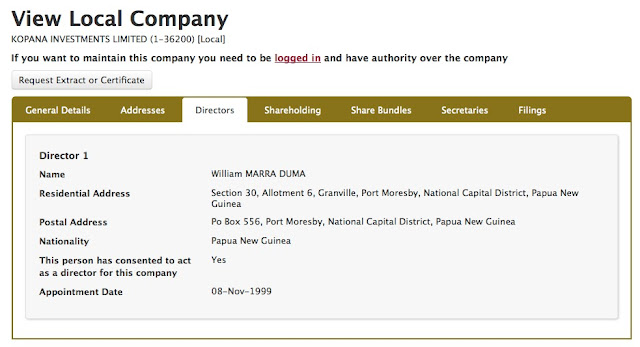 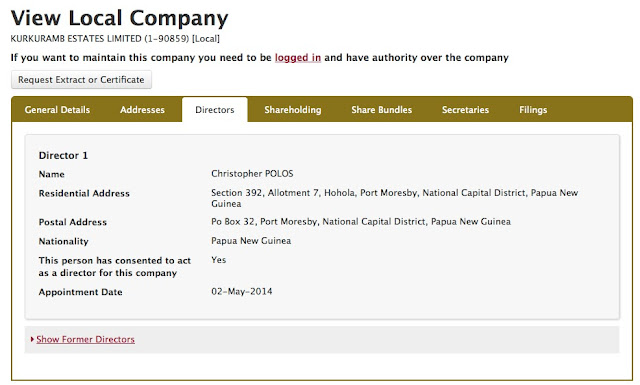 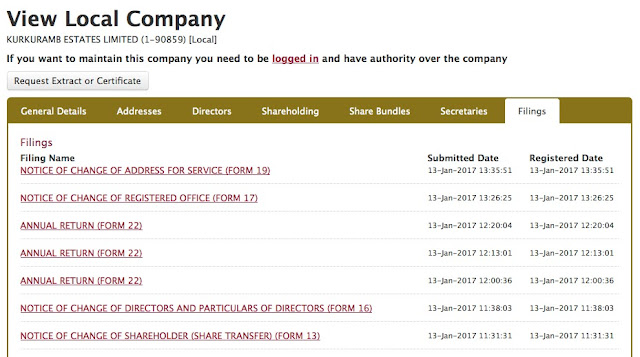 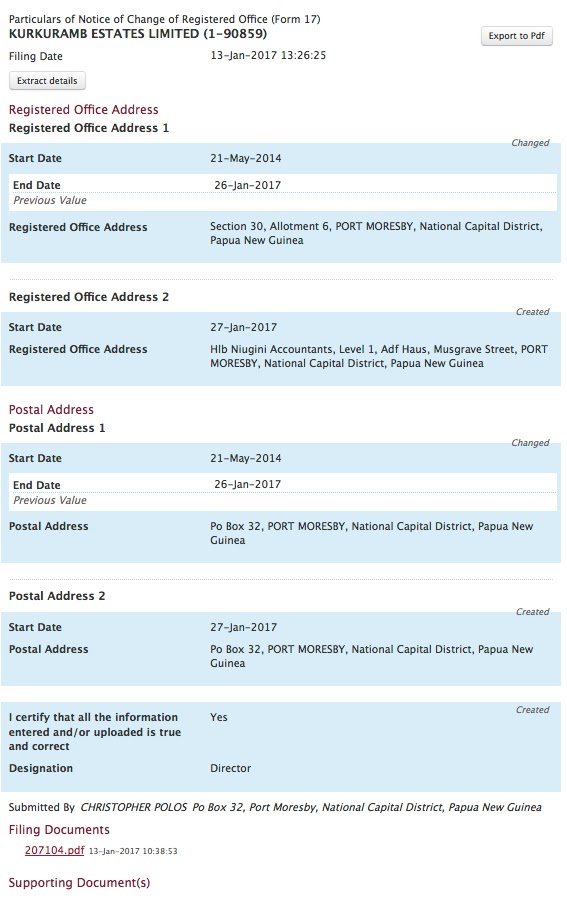