JOHN "BOTTOM FEEDER" PUNDARI HAS EMERGED FROM THE SEWERS OF WAIGANI 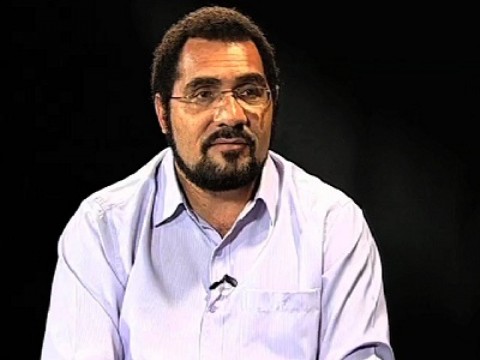 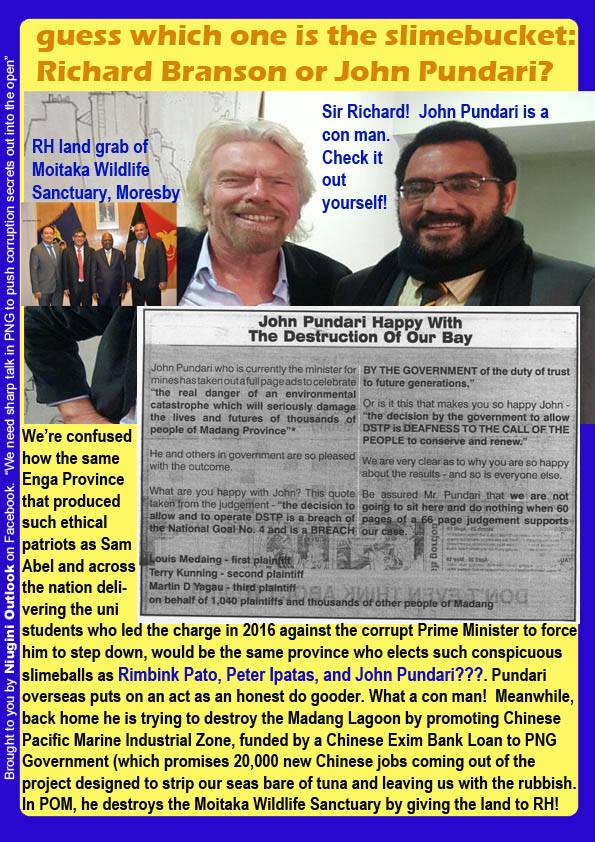 ==============
[Niugini Outlook on Facebook is for anyone who loves Papua New Guinea. Our site contains news and views on various hot topics affecting PNG today. We purposely offer some of the sharpest talk on the social media, because sharp talk motivates people and motivation is essential to learning, remembering, and developing into active participating citizens. On Niugini Outlook, you can find unusual and varied viewpoints aimed at stretching your mind to become more questioning and skeptical at what is happening today in PNG. Always be a skeptic and accept everything you read on this site as an unfounded allegation, a mere rumour, an idle speculation. We do the best we can to double check for factual accuracy but always assume that we are getting out a story in its initial stages hoping that readers in the know can provide further details that can bring us all closer to the truth.
Anyone who is the topic of article or comment are strongly urged to set the record straight with your perspective and comment directly underneath whatever article you feel is inaccurate. Note that the content of our postings are completely legal under the enlightened, advanced defamation law as implemented by developed countries throughout the world. Only in banana republics like Papua New Guinea would there be any challenges that any of what we post could possibly be defamatory. In enlightened societies with low corruption, public officials enjoy very little protection under defamation law because they essentially choose a life of being under close public scrutiny and are expected to deal with it in ways other than litigation, mostly by making public comment and rebuttal.
Niugini Outlook in general tries to highlight the accelerating injustice, corruption and inequality that threatens to destroy PNG and its healthy development. We try to counterbalance the existing heavy bias in the print media, especially their repetition of government propaganda without questioning. Over time you'll find that we don't have any favourites with public officials. If they misbehave, we call them out and strongly, whoever they are and no matter how beloved they might be.
We attempt to achieve our education mission by making available nearly 2,000 colourful posters and associated commentary as well sharing links from other countries on issues relevant to PNG. You can access all of it from our main web page at www.facebook.com/niuginioutlook Feel free to browse through our site's content and use the search feature to find information on particular public officials and issues. When you see information you especially like, consider becoming a patriot to promote PNG education. Fighting ignorance effectively requires Facebook sharing, emailing, photocopying and distributing educational content about PNG issues to your friends, relatives and colleagues and posting in public places.
If you think we're performing a useful service on the PNG social media, please give our page a like, spread the word to your friends of our existence and accept our thanks!])
CEPA CLAIM CHINESE AGENT Corrupt DEC Exim Bank FAKE FAKE LEADER John Pundari LAND GRABBER SCAM ARTIST