EXCLUSIVE: O'NEILL'S PLAN TO PRIVATISE AND TAKE OVER TELIKOM PNG THROUGH DIGICEL REVEALED. 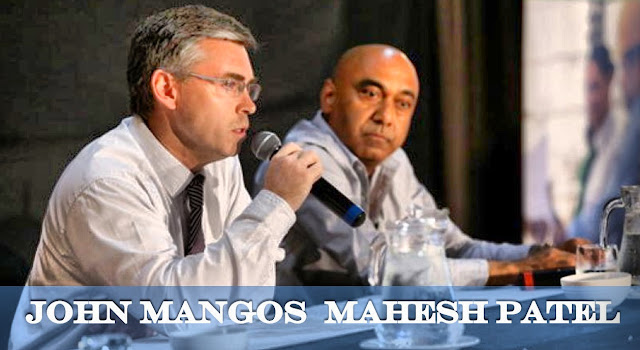 
Kumul Consolidated Holdings (KCH) has become a safe haven for thieves and robbers, both Papua New Guineans and foreigners. Unfortunately some leaders are allowing this to happen and are nurturing it, to be blunt. They know millions of Kina floats around KCH and they want to get in there and have a slice of it. This is squandering what is rightfully our people's money and assets. If you have noticed, there have been countless restructures in the recent past, all in the name of better alignment and efficiency but these are hog-washed tactics to cover up hidden selfish motives.
KCH's recent changes to include Kumul Communications with its expanded vertical structure is nothing more than an attempt to wrestle the state telecommunication entities (Telikom, Bmobile and DataCo) out of the hands of the Government into private hands. This is the big picture at play, directly under the watchful eye of the Prime Minister Peter O'Neill. They always come up with simple unfounded excuses of: poor performance, lack of coverage, etc. to paint a picture that these state organisations are performing as expected and they will squeeze out of the hands of the government and take ownership.
The worse nightmare that is going to affect the country if we don't take control of this industry is Digicel. This company is nothing more than an evil beast. It preys and thrives on smaller innocent countries like in the Caribbeans and now in the Pacific including PNG. Quite frankly, PNG is the only lucrative market for them and they will do anything and everything to strangle state companies so that they will step in and have full control of the market. Digicel is the major sponsor of this change to bring Kumul Communications into play.
If you observe carefully, John Mangos left Digicel so that he can be able to infiltrate into the fabric of the government and take control. The Prime Minister is said to be the major sponsor of this change. So John is now appointed through an NEC Decision 360/2016 for be the Managing Director of Kumul Communications. He is very close to the Prime Minister and is earmarked to spin the wheel of business of the Prime Minister. Mahesh Patel, owner of CPL Group is another close ally (or crony) of the Prime Minister and he is actively involved in pushing these changes.
He is a cunning businessman who will do everything to have his way in deals. Since he was appointed Chairman of Telikom in early 2012, he has destructively led the company down to its knees. Mahesh Patel and John Mangos are the cheer leaders of the Prime Minister and now they are moving so fast to effect the ungazetted NEC Decision (360/2016) so that they can cut through three state telecommunication companies and push Digicel's business interest upfront.
John Mangos, has a very low performance rating in leadership and management after he was knocked off from PNG Power. Why he kept on surfacing in government deals is because he is facilitating big deals for the Prime Minister. Mahesh Patel is similar, he has the Prime Minister in his pocket and will do anything he wishes as if he owns this country. Both, him and John Mangos are foreigners and for them to be allowed a free hand here is something only sick and stupid people will allow. Unfortunately some of the leaders have allowed themselves to go down that low and sell out PNG.
b-mobile digicel john mangos mahesh patel KCH Kumul Communications Kumul Consolidated Holdings Peter O'Neill PNG telikom