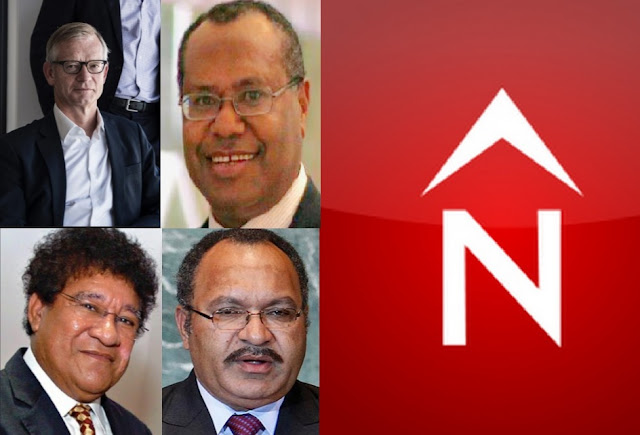 Should we all join the Minister for Justice, Hon Ano Pala to welcome the establishment of an office in Port Moresby by the global legal firm, Norton Ross Fulbright?. The Minister in charge of Justice matters in the country did so.

The firm which was founded in 1794 has about 58 branches around the world and PNG will now be added to the franchise. The firm’s turnover for 2014 alone was around US$ 1.815 billion.

It is believed the firm’s Sydney Office had been very instrumental in opening the Port Moresby Office. Whilst the firm’s long standing reputation as a global franchise in the legal industry is unmatchable, the firms Sydney Office has a special connection with PNG, especially the Peter O’Neill Government.

There is a Sydney Partner of the firm called Anthony Latimer who has a very special relationship with two known fraudsters, namely Jimmy Maladina and Peter O’Neill. He had been facilitating a number of “legal work” for Jimmy and O’Neill for a number of years. Mr Latimer is said to have been raised in PNG and has been specializing in providing advises on corporate transactions and cross-border investments into Australia and across the Asia Pacific region, with a particular focus on China and Papua New Guinea and his clients praised “his leadership skills and ability to effectively manage a transaction”. Well, some of the PNG based law firms that brief legal work to Norton Ross Sydney through Anthony is none other the Pacific Legal Group (used to be called Carter Newel Lawyers –remember NPF saga?), a firm that Jimmy is a part owner and the managing partner, Mr  John Donald Beattie, who happened to hold most of Peter O’Neill’s interest in trust in companies such as Wild Cat Ltd and South West Air Limited.

Apparently, Jimmy’s daughter, Mehere-jane Maladina, who is a recent graduate with a bachelors of law degree in one of the Australian universities, started work with Norton Ross Sydney office years before she was admitted to the bar. She was present at the grand opening of Port Moresby office and posted on social media on how elated she was in helping to facilitate the opening.

We also know that Norton Ross Sydney Office facilitated the illegal and uneconomical UBS K3 billion loan which indebted our country and contributed to the current economic woes we are facing. It is believed Norton Ross acted for both the State of PNG and other parties to the transaction, a serious conflict of interest situation.

Perhaps the timing is right for Anthony Latimer to come and gain a permanent foothold in the country so that he could see the kind of mess him and his friends have created for the masses whilst they are enjoying the spoils of their loot. Well, I doubt Latimer, Maladina and O’Neill have any conscience at all. For them –it's money at all cost.

What should really concern us now  is with a big multinational firm like this, it can become a perfect conduit to transfer ill-gotten gains out of, or into, the country without raising any eye brows. They know our detection mechanisms are weak and dysfunctional but just to conceal illegal transactions, such a cross-border set up is a perfect vehicle for money laundering. Anthony Latimore is known for his skills in facilitating transactions. Well, Jimmy is also known for having the art in scheming and scamming in PNG. Looks like a perfect working team.