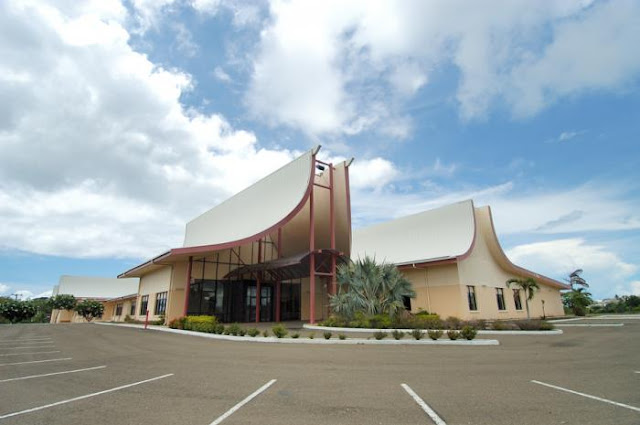 1.  PIH is a business entity whose primary goal is to make money. No money, No treatment.

2.  PIH does not care about your health.

3.  PIH recruits a few good doctors only to boost its public relations image, just like any business.

4.  PIH  thrives on the health misfortunes of Papua New Guineans to a large extent.

5.  PIH is just part of  network of corruption that extends to government agencies and companies.

Pacific International Hospital (PIH) was registered under suspicious circumstances. When the issue of registration came up with the Medical Board of PNG (chairman late Dr Pangatana), there were many issues the PIH had to fulfil before a licence was granted to operate as a hospital. The Health Minister at the time used his ministerial power to order the Medical Board of PNG to grant the licence. It was common knowledge at the time that the particular minister a “very close” friend of the principal owner of PIH.

Only few years ago Motor Vehicle Insurance Ltd bought shares in PIH. The CEO of MVIL was elected as a director to the board of PIH. This is a bigger scam then what appears on the surface.

With the current public outcry about the fatal mishaps at PIH, we learn late 2011 that the private hospital, owned by the Independent Public Business Corporation, on the hill was given to PIH even though other reputable local and overseas medical companies bid. The decision was made by the Somare regime. The Minister for Public Enterprises can not look into the circumstances under which the decision was made because the Ministry has changed hands several times and if there is evidence of foul play in awarding it to PIH then it should revoke it and award it to another bidder who can manage the hospital as a truly INTERNATIONAL HOSPITAL. This hospital on the hill belongs to Papua New Guineans and the business should go to Papua New Guineans. It is known that overseas companies who bid offered in their bid to run it as an international hospital for IPBC.

With influx of multinational companies to PNG currently, PNG will lose out big time in revenue from health sector as we have been now. All their personnel will be sent to Australia for medical problems. PIH here with it’s reputation will be overlooked by these multinational firms.
In 2010 an Australian who suffered a severe attack of stroke was brought in to be examined. He was left unattended on the trolley in the outpatient cubical for more than 6 hours. Just Imagine if he had another attack. This was because he had no money for up front payment. Finally when the daughter was notified and she came with the money, the treatment commenced.

The doctors who defend PIH now are being forced to do so by the management. Why did they not come for many years now that PIH has been compromising patent care?


“For transferees consideration should be given to the possibility of treatment for PNG. Recommendations for transportation to Australia can be made only once local options have been exhausted.”
Taken to Port Moresby’s Pacific International hospital on the afternoon of 26 August, Kehazaei suffered three heart attacks there, before he was moved, unconscious, to Brisbane the next day. He died a week later in Brisbane’s Mater hospital, without ever regaining consciousness.
The Australian government has consistently maintained that asylum seekers and refugees in offshore detention receive medical care “broadly comparable” with that available in Australia.
But Condon said it was known that the level of care available in Port Moresby’s Pacific International hospital was inferior to that in Australia.
“We knew with this body of information that PIH had limited facilities in terms of their emergency care, the intensive care unit, and in the skill sets of the doctors working there,” he told the inquest.
“People had told me the level of hygiene was poor, the level of staff cover was limited, and, as a hospital, while it could do some things reasonably well, it certainly wasn’t a level of care we were happy with. It was not something that we would recommend.”
Papua New Guinea's permanent representative to the United Nations and very senior public servant MAX RAI concluded with the following:
PIH is not a compassionate service oriented hospital. In fact it is not a hospital. It is a South Asian money making mint, which many mistake for a hospital. So many critically ill and A&E patients die there from mis diagnose or lack of proper and timely medical attention.
My late friend, Archbishop Hanns Schwimer, the pope’s Ambassador died from lack of proper treatment there a few years ago. My friend the late MP for Kundiawa/Gembog also died there last year, maybe from lack of timely attention…. and I know many others who have passed on, even after paying large sums of money to PIH.
This is also a wake up call for Government to take urgent action to improve all public hospitals by instituting revolutionary rehabilitaion improvement measures. Minister Graham shouid call for a Commission of Inquiry into the operation of hospitals in PNG. its findimgs should set the basis for future improvements for our rapidly increasing population.
Kamonai bona laloa….