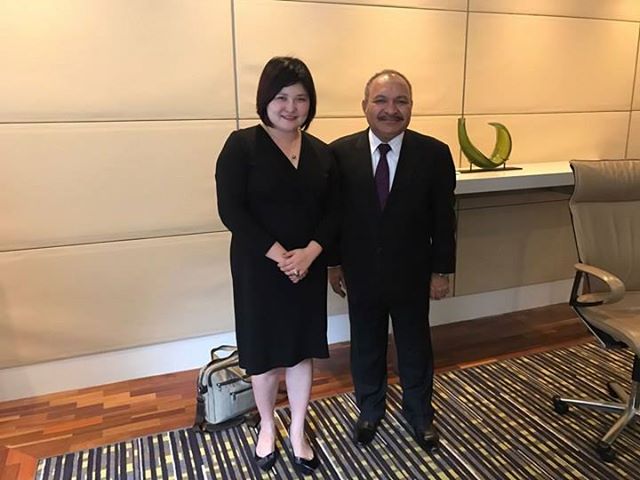 REVELATIONS ON PNG BLOGS WOULD NORMALLY RESULT IN AN OUTRAGED PUBLIC RESPONSE BY THE PRIME MINISTER. Not against the publisher of the information, but a call to establish a Commission of Inquiry to get to the bottom of the multiple stories of massive sex-for-government-favours that the Dora Lu/Ru Lu stories are bringing out. Remember, however, that when Peter O'Neill came into power as PM, and his government established a set of about 10 priority action areas for the government, "fighting corruption" wasn't on the list at all. This was despite the glaring fact that PNG is in the top 15% of most corrupt countries in the world.

There is silence from the Prime Minister and the government on the Dora Lu story. There is silence from The National, the Post Courier, and government owned EM-TV. Why is there such silence when, in fact, a journalist at any of these organisations could create a flashy reputation and good name if they investigated and found out that the PNG Blogs stories are nothing more than fake news, that there is no such person as Dora Ru, that SinoHydro isn't trying to grab the contract for the economically inviable Ramu 2 Hydro project, etc? So easily discredited by a capable, honest journalist eager to dig out the truth. No one steps forward at The National or Post Courier.

What is becoming clear out of all the Dora Lu stories is that we are being governed by a gang of national idiots. How could people like Diari Vele have a sexual relationship with an obvious agent of the Chinese government? And Nixon Duban? And Ben Micah? And last but not least (he's failed so far, but not through lack of trying, poor man) William Duma? These idiots have subjected themselves to blackmail by a foreign agent. They have opened the book to PNG government secrets to a likely Chinese government spy. How could they act so naive, as if they had just finished Grade 3 and oblivious to the realities of the world?

There is not going to be any Commission of Inquiry on what's going on with these Chinese agents, because the PM's long rumoured mistress, Ni Cragnolini (wife of Luciano, lover of Luciano and Peter) could easily be a long-time implant by the Chinese government.

It appears that Papua New Guinea is rushing to stand in line to become one of China's neo-colonies, just like certain African countries. Dazzled by the money, succumbing to sex with the Chinese Agent girls.

All false allegations? A Commission of Inquiry would figure that out! But you'll never see it under Peter O'Neill, head of the most corrupt government that PNG has ever known.