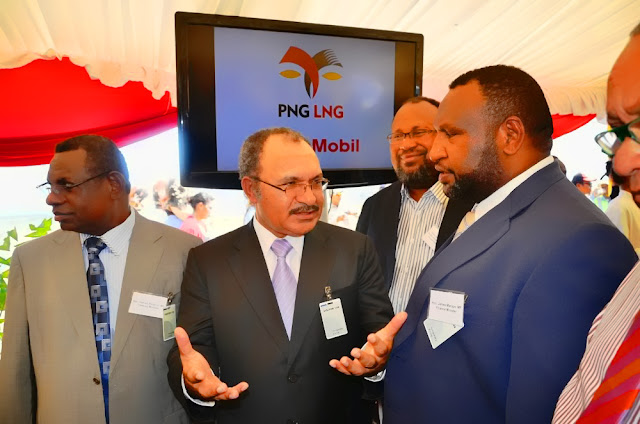 
Sir Mekere referred to an article in the Post Courier of 27 April, which he said was a regurgitation of a media release put out a week ago on the PNC website. “I answered the false allegations he made in a media statement on 23 April; my statement was actually printed by the Post-Courier on 24 April.
“Yet he and his media friends persist in repeating false claims.”
Sir Mekere said that being an Independent candidate for the election does not make him an “active politician”. “I am like the other 4000-plus private citizens who are not Parliamentarians but are standing in the election,” he said.
“Mr O’Neill forgets that PNGSDP is a company, and that I am not a public employee.”
Sir Mekere said every claim made by the Prime Minister about PNGSDP and his role as chairman was false.
The facts are:
“The Prime Minister is either completely misinformed, or deliberately spreading misinformation,” Sir Mekere said.
“His allegations about the PNGSDP court case are also completely incorrect. At any rate, the matter is still pending, so he should not be making any comment.
“Rather than attacking PNGSDP and making cheap personal attacks on me, the Prime Minister and Ok Tedi Mining Ltd should be explaining the circumstances of the payment of the company’s K150 million dividend for 2016, including K50 million handed to landowners this week.
“The basis for the payment of the dividend and the transfer by the Prime Minister of the K50 million cheque for landowners is not clear,” Sir Mekere said.
“The lack of public information supporting the dividend and the payment to landowners is highly suspicious. We don’t even know whether Ok Tedi made a profit sufficient to declare the dividend.”
Sir Mekere said no annual financial data has been made available for OTML beyond the 2014 financial year. The last Annual Review, is for 2014, and the last Historical Statistics, is for 2014. There has been no Quarterly Report published beyond the First Quarter 2015.
Audited accounts have not been published for 2015 or 2016, if indeed the accounts have been audited at all.
“Since taking over OTML, the Prime Minister has hidden the company finances from public scrutiny,” Sir Mekere said.
“OTML is State-controlled and as such there are very clear rules set down for the application of and reporting on its funds, including the payment of dividends.
“These rules are there for a very good reason. They are there to ensure the proper use of public funds. But we do not know whether they have been followed.
“This is an appalling state of affairs for a company which is obliged to be accountable and transparent, in the same way that SOEs are obliged by law to be accountable and transparent, and to comply with the Companies Act.”
“No wonder SOEs are going broke left right and centre under this Prime Minister.”
Sir Mekere said it was well known, for example, that Telikom is financially distressed, with reports of debts of about K150 million and less than K15 million in the bank. Questions have also been raised about the financial condition of Air Niugini and PNG Power.
“Instead of dangling lollies in front of landowners and others, the Prime Minister should open up the books of OTML and all SOEs, so the people of Papua New Guinea can see what's left after five years of mismanagement, waste and corruption,” he said.
“The Prime Minister needs to come clean about the debts and solvency of all SOEs, including Kumul Petroleum, which is supposed to be the flagship income earner for the Government, with its shares in PNG LNG and Oil Search.”
Sir Mekere said that unlike OTML, the key corporate documents and audited financial statements for PNGSDP are publicly accessible – and disprove all the allegations made by the Prime Minister.
“The 2015 Accounts for PNGSDP were published in mid-2016, and can be seen on the PNGSDP website:  www.pngsdp.org,” he said.
“The 2016 Accounts have already been audited and will be released at the Annual Review Meeting which will be held in Port Moresby on 21 June 2017.  The time and venue will be published in the media beforehand and the meeting is open to anyone who wishes to attend. If the Prime Minister wants to educate himself on the facts about PNGSDP, instead of making up fairy tales, perhaps he should also come along.”