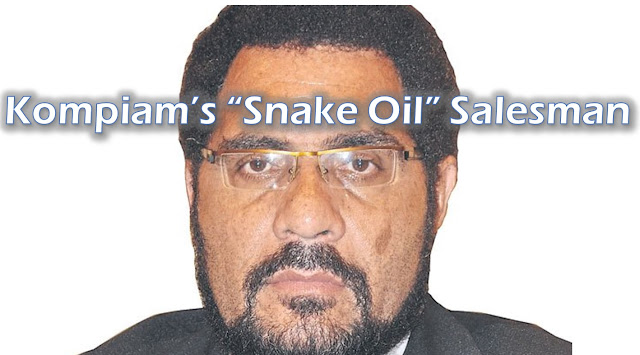 by LEO AMBEN
As I write this, Kompiam Government station is under fire. For twenty Years, Ambum people have died trying to and while fleeing from tribal war lords. Those who escaped successfully are living miserable lives. The last break I visited, my heart melted at the sight of families living in exile, in forever fear and agony, feeling depressed and isolated. School aged children’s lives and education are continuously being deprived while living an asylum’s life. All these are happening right under watchful eyes of John Pundari, not to mention his strongholds from whom he seek advice.
I cannot be complacent this time any more. Not when I have literally buried chopped up bits and pieces of my fathers’ and brothers’ remains.
The District Services Improvement Program (DSIP) Fund per province is Ten Million Kina (K10 Million). This K10 Million is broken down into seven main service sector grants. Shown below the allocation per service sector per year together with an estimated 10 years cumulative figure:


Total      K10 million K100 million
There is hardly any Police posts established in Kompiam and Ambum, evident of which is the ongoing Tribal Fights to date with no intervention from the government, Leadership, Provincial Law and Order Committee, whatsoever.
The Questions are:
1. What happened to the K10 million Law & Order and Justice Sector allocation of Kompiam Ambum District’s District Services Improvement Program (DSIP) Fund, just for ten years ending 2017?
2. What life-saving policies have you created and where in Kompiam Ambum have you implemented, if any?
3. If there are Rural Police Stations being established that I may not have any knowledge of, how effective has it been in proactively serving its purpose for which it was established?
4. What are your success stories of conflict resolutions, if any, in Kompiam Ambum?
With or without anybody’s help, I stand firm to the call of my inner self and that is to VOTE OUT Greedy John Thomas Pundari.
John Thomas Pundari proved himself incapable to the Kompiam Ambum Populace when he wasted a good 20 years. He does not need to be in Parliament anymore because he does not know what the word “REPRESENTATIVE” mean to him. He is not worthy to be a leader because he does not have what it takes to be one, let alone being called a leader. If it wasn’t for his clever preemptive system manipulations, inducements and intimidations, he would not be in the parliament. HE IS NOT A LEADER. HE IS A LIAR
crook DSIP elections John Pundari kompiam ambum pngnge psip snake