GORDON WESLEY ANOTHER PNC INCEST PEST - PUSPUS WITH OWN DAUGHTERS, DAD TO OWN KIDS BABY 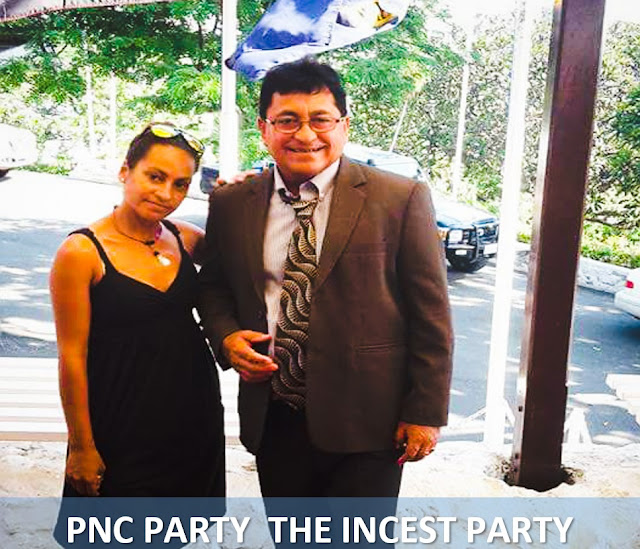 Gordon Wesley has been in Papua New Guinea politics for a lifetime, in the time he has been in Parliament, he has been an unknown MP, only keeping to himself, making himself known to those in power as a number to keep the government going. He has never come out in the media to engage on national issues. He has remained in Parliament as part the government back-bench boondoggle. His private life is now under the spotlight as attention is being paid to the Deputy Prime Minister of Papua New Guinea of sexually molesting and using his late sister's daughters to please himself. Mr. Wesley's sexual escapade is known in his own community but fear of reprieve and general harassment and intimidation has lead the story to go away from the public eye.

Recently PNG Blogs broke a story about the incest exploits of Leo Dion, Deputy Prime Minister of Papua New Guinea, communities in the East New Britain Province where the victims are currently located strongly came out and requested the Deputy Prime Minister be sacked and resign from Office. A letter written by community leaders and written statements support by a letter by the Provincial Police Commander also confirms the MP's wrong doing. Leo Dion's late sister's daughter's accused their uncle of having sexual intercourses with them, they made their statements in February this year.
The Deputy Prime Minister of Papua New Guinea Sir Leon "Incest" Dion has a extremely high sex drive for a 70 year old man, he has other accusers who have contacted PNG Blogs but we are not at liberty to publish their stories as no laws have been broken, but willfully forcing your blood sisters girls to do a number on you is shameful considering they have been under his trust.

Readers reached out to us and also provided some stunning information about the member for SAMARAI-MURUA, Mr. GORDON WESLEY. Now Mr Wesley is special, he had sexual relations with his own two daughters. He exerted his physical authority over the two girls when they were much younger and the two grew up with his constant abuse. With a constant supply of cash as MP for Samarai-Murua and with o electoral duties or responsibilities, he has the wit and charisma to charm his own blood daughters to perform sexual favours for him. Over time the younger one became pregnant twice and has two kids from her own father and PNC Candidate and sitting Member for Samarai-Murua Mr. Gordon Wesley.

The people of Samarai-Murua should be asking themselves why they keep electing a sick man who has no sense of guilt over his own wrong doing. In fact the people of Papua New Guinea should look and screen all candidates put up by the ruling PNC party as the polling days come closer. Why are the people of some electorates of this country  given no choice by the PNC party to to elect sodomist and incest loving grand-dads?
gordon wesley incest party LEO DION Peter O'Neill