Is Minister Tkatchenko paying taxes? Evidence he's not for 15 years. 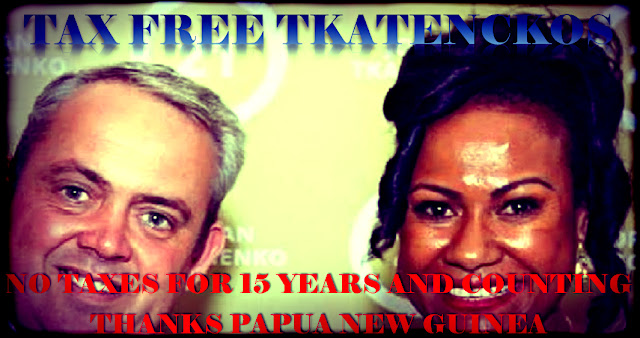 by MICHAEL PASSINGAN - PNG BLOGS EXCLUSIVE
Astonishing tax evasion and fraud allegations are being raised against APEC Minister Justin Tkatchenko that he has been cheating the PNG public over the last 15 years.

Publicly accessible Tax Office documents reveal Tkatchenko has failed to pay both company and personal tax in fifteen years. Worse, he appears to have taken K670,000 of another company’s tax credits for his personal gain.

Police investigations are now underway, with suggestions that this could be part of a much larger web of organised tax credit theft.

Tkatchenko is no stranger to fraud allegations. In 1999, an independent investigation into NCDC led to criminal charges being laid on Tkatchenko, but the case was dismissed before going to trial, a move that was heavily criticised by the National Court.

Allegations only grew more serious over time, all with a common outcome for the people of PNG – absolutely nothing. Most recently in 2015, his company ‘PNG Gardener’ was questionably awarded K27 million in contracts to maintain gardens around Port Moresby. He lied on the floor of Parliament, claiming he had no conflict of interest in the contracts, but of course, he was a Director and Shareholder at the time.

One of Prime Minister Peter O’Neill’s protected inner circle, how long can he be allowed to go without consequence, and will these new tax evasion and tax credit theft allegations finally derail him?

Despite the massive contracts, as well as tens of millions of Kina worth of recently acquired Australian properties, he has failed to file tax returns for over 15 years, for his companies, as well as himself and wife Catherine.

Online Investment Promotion Authority (IPA) documents show Tkatchenko’s company ‘PNG Gardener’ has been removed four times for failure to lodge returns and renew in time. Since 2001, the company would have been trading illegally at various stages.

As for his company ‘Kitoro No. 33’, which has received tens of millions of Kina in questionable government contracts, and despite currently owing the tax office K600,000, he managed to receive K670,000 in another company’s tax credits in January 2015. These belonged to a company with absolutely no connection to Tkatchenko, and is now the subject of a serious Police investigation into apparent tax credit theft.

Will this be the last straw – will this finally be the fraud allegation that sticks?

Opponents have called for his resignation as pressure mounts also on Tkatchenko and PM Peter O’Neill in the face of an Australian probe into where Australian Government money has gone to support PNG’s hosting of APEC 2018.

According to one PNG government source, “Justin Tkatchenko is the Minister for APEC - he is the person who has his fingers all over the money coming in for APEC budgets and now you would have to think, in light of his apparent tax thefts, that his position in government is untenable at least, with criminal charges possible. I would hate to think what the Australian Government and leaders will make of all this at a time when questions about Australians funding of PNG’s APEC bid have been asked at highest levels. It’s a possibility that Justin Tkatchenko may have just killed APEC for us all. He is bringing great shame to our country and its people.” 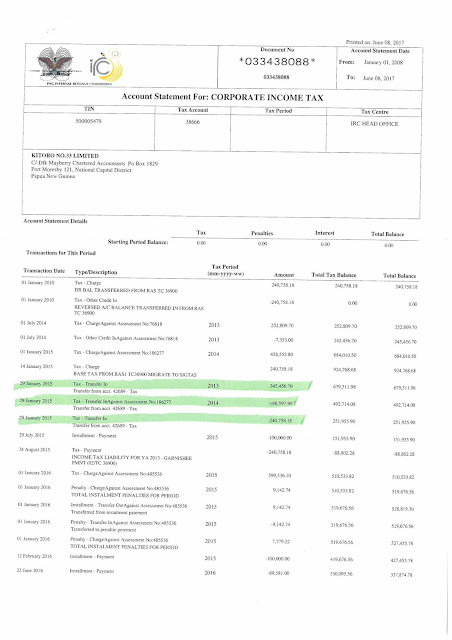 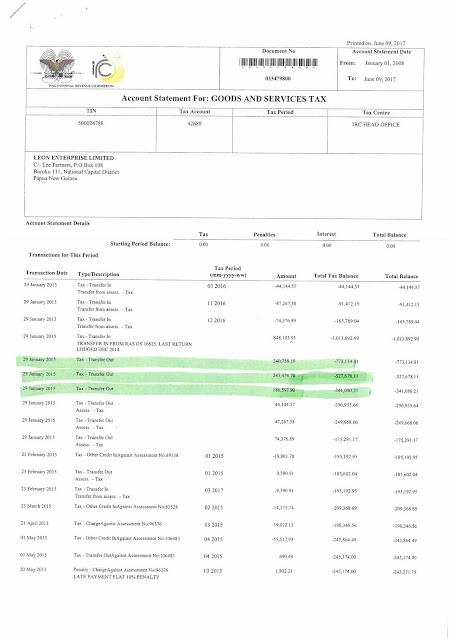 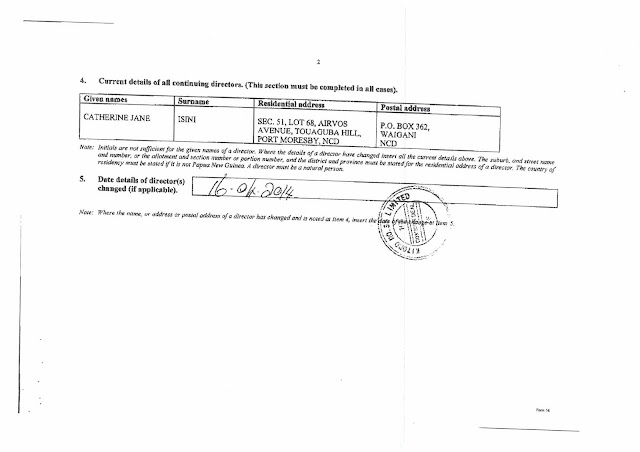 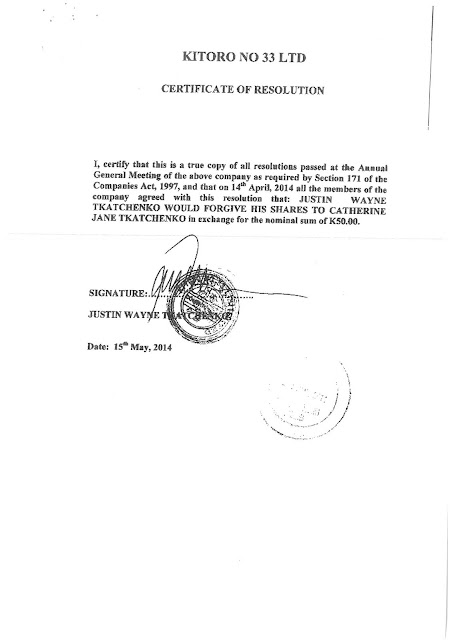 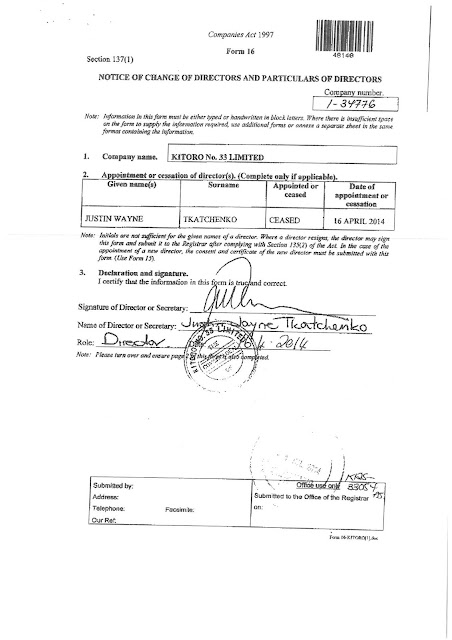 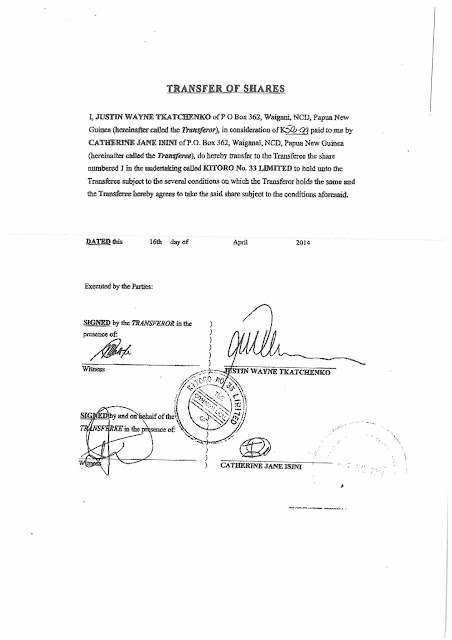 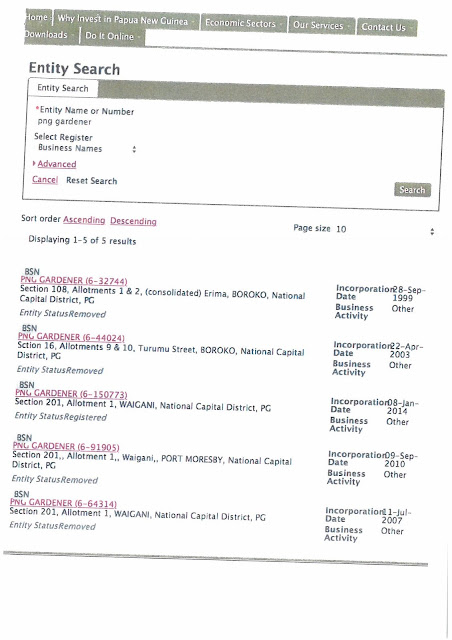