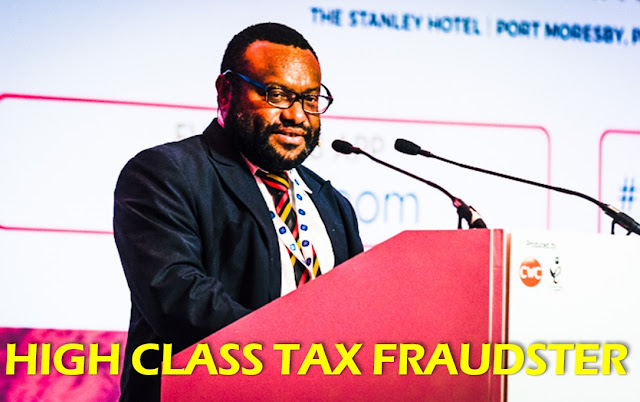 The Mineral Resource Development Company (MRDC) is a State owned entity that manages landowner equity interests in mining and petroleum projects on behalf of landowner companies. Augustine Mano has been the Managing Director since March 2008.

In his report for 2009, the Auditor General recorded his concern that Augustine Mano was avoiding paying tax on K600,000 a year, 80% of his total remuneration:

I noted that a “Professional Services Agreement” was signed on the 15th of May, 2008 between MRDC and the Managing Director as the “Incumbent Professional” of SMA Investment Limited “the company.”

Section 4 of the contract states that MRDC will pay the Managing Director and SMA Investments Limited a monthly fee of K62,500 (K750,000 annually, GST excl.) based on an invoice provided by SMA Investment Limited.
However, the Managing Director had written to the payroll division of MRDC advising that his package be structured into two components; where K150,000 was to be paid as salary to him through the MRDC payroll and K600,000 was to be paid to SMA Investments Ltd at K50,000 per month. The K50,000 monthly payment to SMA was divided into Housing (K20,000), Vehicle (K20,000) and other allowances (K10,000).
A managing director or director of a company is always a natural person. The Managing Director of MRDC is an employee of MRDC. All benefits of any employees are classed as salary and wages and must be taxed according to the tax rules applicable. The current arrangement of the Managing Director can be viewed as a measure to reduce or evade tax.
Should MRDC continue to allow this, the IRC can deem the payments as net of tax and demand MRDC to pay the tax. There are penalties for both the employer and employee pursuant to Section 361 of the Income Tax Act, 1959. Such a scenario can lead to undesirable consequences for both parties.
I recommended to the management to seek independent tax advice from reputable accounting firms immediately on the consequence of this arrangement and assessment of the underpayment of tax.
The management should withhold making the monthly payments to SMA until the tax advice has been sought.
Tax packaging of the Managing Director’s salary and wages should then be done following this advice.

The Auditor General report records that Management responded to his concerns by saying the salary packaging was done “to cater for his current needs… as opposed the view that this was done to evade tax”.
According to the Auditor General, management claimed this “is an acceptable practice. It was applied with previous Managing Director’s and there were no issues raised in either the previous audits or the tax office to-date. Management will, however seek independent tax advice to confirm the above arrangement”.
But in 2011, the Auditor General found the practice was still continuing and no independent advice had not been taken:

In my 2008 management letter to the Board and management of MRDC, I have raised concern that this arrangement may be viewed as tax evasion. I have recommended in that letter, that the management of MRDC should seek independent tax advice from reputable accounting firms immediately on the consequence of this arrangement and assessment of the under payment of tax.
I also recommended that the management should withhold making the monthly payments to SMA until the tax advice had been sought.
The Management of MRDC had responded to my 2008 management letter points, stating that the restructure was not an attempt to evade tax, but was a normal practice applied by MRDC to cater for the Managing Directors‟ current needs.
Management also agreed to seek independent tax advice to confirm the above arrangement.
However, during the course of my audit of the year ended 31 December, 2009, I have not been provided with any reports compiled by the independent tax advisors to confirm the above arrangement.

Due to the inaction by the MRDC management to seek further advice and clarification from IRC, I was of the view that the management is deliberately allowing this anomaly to continue.

The Auditor General’s report for 2012 again raises the issue of the tax avoidance and states this was reported to the relevant Ministers in June 2013.
At this point the paper trail dries up. In his 2014 report the Auditor General stated MRDC had failed to submit its financial statements for the years ended 31 December 2012 or 2013 for inspection and audit:

The Company had not submitted its financial statements for the years ended 31 December 2012 and 2013 for my inspection and audit. 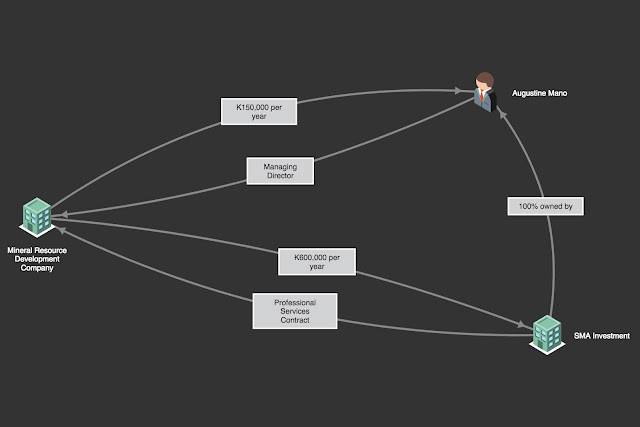 The Auditor General reports show Mano was engaged by MRDC through a contract with Mano’s company SMA Investment Limited.
SMA Investment is part of a larger network of companies connected to Augustine Mano. 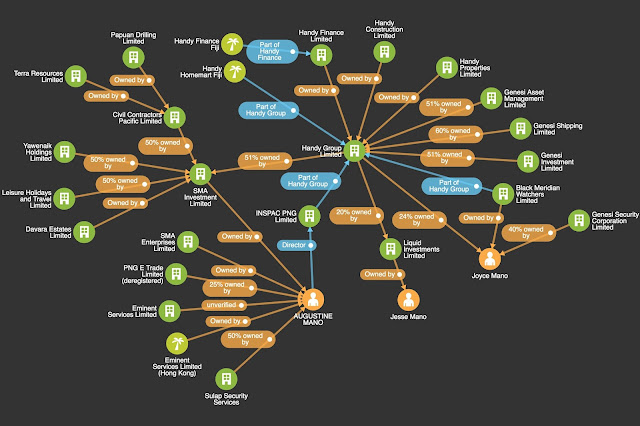 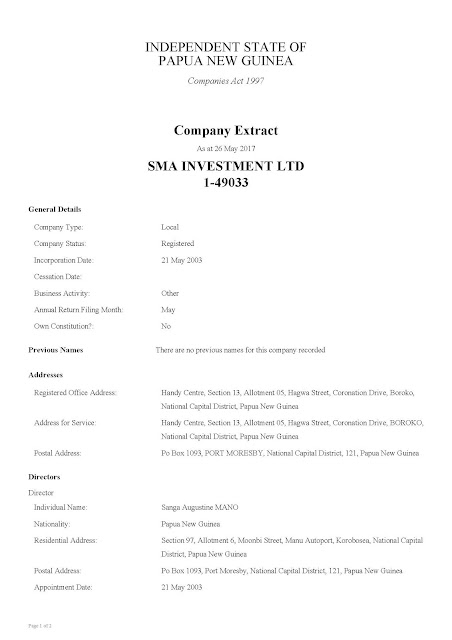 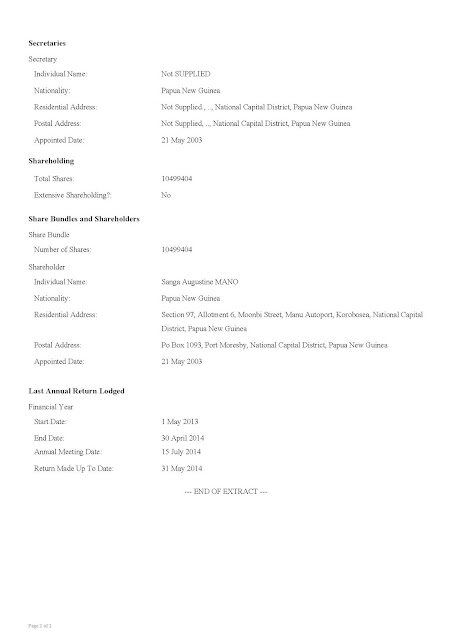