BLAME THE CRIMINALS IN POWER, NOT THE PEOPLE OF SHP 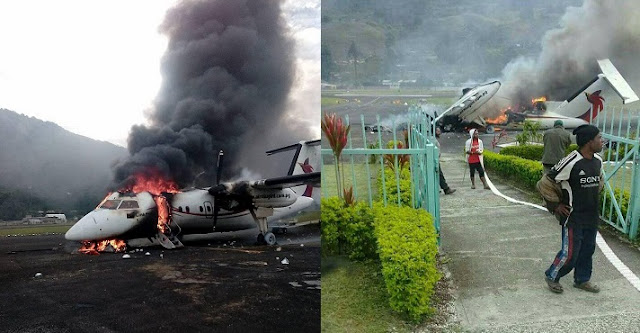 I have warned time and again that our people have patience but that patience is not infinite.
Our respect for those elevated to leadership status have always been given without question or reservation but the manner in which that respect had and continues to be abused has now brought about a paradigm shift in our perception of political and societal leadership.
YOU HAVE BEEN WARNED TIME AND AGAIN YET YOU HAVE NOT TAKEN HEED. YOU HAVE WROUGHT UNWARRANTED SUFFERINGS ON 8 MILLION PEOPLE AND PERVERTED THE RULE OF LAW TO ENTRENCH YOUR VESTED INTERESTS.

JUDICIARY, YOU STAND GUILTY OF COMPLICIT IN ABETTING THE CRIMINALS IN POWER TO MAINTAIN STATUS QUO. WHAT HAD TRANSPIRED NOW IN THE BURNING OF AN AIRCRAFT BELONGING TO THE NATIONAL AIRLINE, SUBJECTING THE LIVES OF CREW AND PASSENGERS TO GRAVE RISK IS DIRECTLY ATTRIBUTED TO YOUR HANDLING OF MATTERS OF LAW IN THE DELIBERATE OBFUSCATION OF JUSTICE. MORE WILL FOLLOW AND THE BLOOD SPILT WILL BE ON YOUR HANDS.

People must not blame the people of SHP for what happened. It is the government of the day and the kangaroo courts it remote controls that bear direct blame. People are fed up.

YOU HAVE BEEN FOUND WANTING. YOU HAVE FAILED AND YOU HAVE HELD THIS COUNTRY TO RANSOM AS IF IT WAS YOUR PRIVATE DOMAIN. YOUR CHICKENS HAVE COME HOME TO ROOST.
Air Niugini corruption Mendi Peter O'Neill SHP