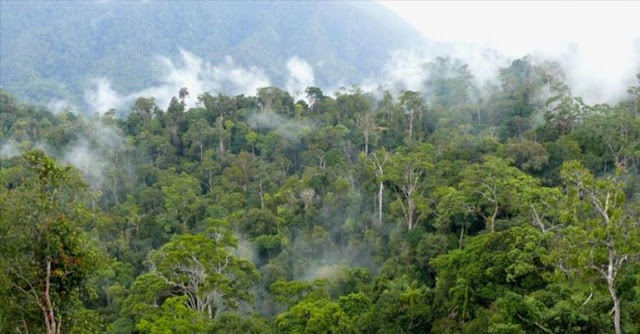 The matter that forced Indonesia to drive towards the border is the recent discovery of huge mineral deposits in the Star Mountain regency just at the back of Tabubil Ok Tedi mine.

"Reportedly, there is gold, copper, coal, and thorium, a safer radioactive chemical than uranium. "Geological Survey shows its potential is good and promising," said President Director of PT Antam Tato Miraza who was then Director of Development (http://pusaka.or.id/2014/07/silau-emas-pegunungan-bintang-papua/).

The discovery of 'Thorium" in the disputed area has been the sole driver for Indonesians to forced themselves into the territory. Als,o the explorers are actually the military carrying out the exploration.

I mean you cannot believe that PNGDF would use casa to transport mining supplies to the exploration areas but these Indonesians have been doing / and the locals are prepared to wage war if the exploration continues under heavy military security.

Papua land has not been exhausted. In fact, the mining giant of the United States, Freeport McMoRan, has more than five decades of sucking gold, copper, silver, and other minerals from the bowels of the earth in the central mountains of Papua.
In 2009 PT Antam's state-owned mining company found the potential for promising energy and mineral reserves in Pegunungan Bintang, Papua, precisely on the Indonesia-Papua New Guinea border. Reportedly, there is gold, copper, coal, and thorium, a safer radioactive chemical than uranium. "Geological survey shows its potential is good and promising," said President Director of PT Antam Tato Miraza who was then Director of Development.
Tattoos have not been able to confirm any mineral and how much potential contained area of 200 thousand hectares ever surveyed it. So far, new geological surveys illustrate the potential for gold reserves.
However, Director General of Minerals and Mining Thamrin Sihite has dared to say that reserves in Pegunungan Bintang can surpass Freeport property. "If Freeport reserves 2.5 billion tons, the number on the border (Papua-Papua New Guinea) could be more than that," Thamrin said.
This discovery soon became the target of large corporations of metal crust addicts. PT Antam is aware of that. They move fast. Tattoo said in 2010, PT Antam has been discussing the exploration of the Pegunungan Bintang region with the Regent and the Governor of Papua.
In 2011, Antam officially proposed Mining Business License. Outgoing permits consist of 4 IUPs for each 50 thousand hectares. In July 2011, Antam began exploration. Approximately 62.6 billion dollars digelontorkan to succeed what Tato call the "gold momentum" of the state-owned mining company. But, exploration did not last long.
Presidential Instruction related to the moratorium on the granting of new licenses in the primary natural forest area becomes an obstacle. "The land turned out to enter the area of primary forest," said Tattoos.
The moratorium is valid until 2015. If the moratorium is not extended or the area is removed from the primary forest area, the tattoos say, Antam is ready to step on the gas. Experienced human resources and technology are at hand. The Antam pocket may not be enough.
But that's not a problem. There are several foreign mining companies that have submitted proposals for cooperation. They come from China, South Korea, and Australia. "But Antam remains ahead as owner. It can not be contested, "he said, calling the exploitation of the area could start no more than seven years if the exploration permit is completed.