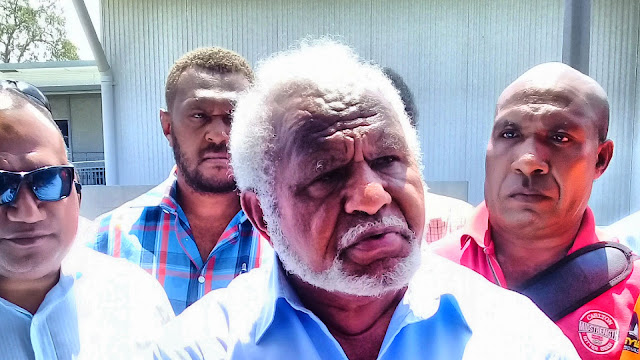 Since taking office through Election Fraud Peter Yama has had
⚫ NO ASSEMBLY MEMBERS
⚫ NO PEC MEMBERS
⚫ All 6 District MPS , Deputy Governor and all the LLG Presidents withdrew from working with Peter Yama.

Peter Yama has been dictating the Administration and holding illegal PEC meetings and moving millions of kina with the help of Madang Town Mayor, Joe Yama and 4 other LLG Presidents who resigned last year to contest the National Election.

Peter Yama has NO Permanent Executive Officers because he has been hiring and firing them when they try to control his misconduct and misappropriation of public funds or disobey his orders.

Right now he is dictating all the Public Service Positions by himself.

To easily dictate and remove all the funds, he has all these rubber stamps.

He also has his boys and girls he uses for his Cash Advance and they are:
* Irene Sapaka
* Cathy Enn
* Willie Agong
* Jacob Begani

Peter Yama's run down and incomplete hotel has taken shape with the help of his family businesses and Companies which he has diverted millions of public funds into.
* Ishalambon Hire Cars
* Popoi Electrical
* Fotau Builders
* CJI
* Simoi Shipping which RDFL renting office spaces.

The most Corrupt Governor out of all the Provinces of Papua New Guinea is Madang Governor Peter Petrus Charles Yama.  Almost a year and millions of kina gone.  Where are the development?