AIR NIUGINI IS A TIME BOMB READY TO GO OFF 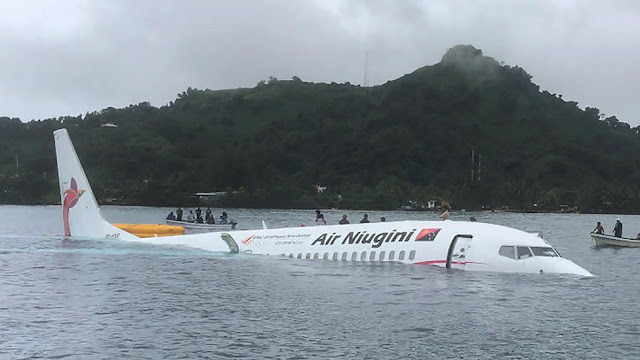 by A FORMER AIR NIUGINI PILOT
Since 2015 PX has lost over 100 pilots and has been unable to replace them due to the bad testimony the management has portrayed all over the world by doing what they did back in 2014 to reduce pilots conditions drastically without proper consultations with the pilots. I'm one of them who got terminated just because I didn't sign a new contract (which is the cause of why plenty pilots left). I still had 2 yrs and 8 months of my current contract left but they wanted me to throw that in the bin and sign a new one just like they did to the rest of the pilots. I've been unemployed and this is my 4th year out of employment. I've been in court with the management since but you won't read of this in the biased two newspaper companies. They would only paint a good image of PX. I'm just wondering how are they going to cover up in the mainstream media about what happened this week.
As it stands now overseas pilots in their right mind will come to join PX. The environment in PX has become unfriendly so to speak. You just need to walk into PX head office and see for yourselves. There are wall barriers everywhere compared to previous years. You have to go through one checkpoint to another. Just to go see the HR manager, you have 5 different doors where you have to use your ID card to get access plus a couple of security guards. The atmosphere there is not friendly. Pilots are treated like any other ground staff when they turn up to have something done. I had to fire one HR secretary for making me wait. I was about to do a flight and I told her that If she didn't sort me out I would allow the flight to delay and she and I would go explain that to the management why.
Just about all the employees work under fear of losing their jobs if they did something wrong or didn't follow management orders.
For the pilots, the globe is a small community for them. They speak amongst themselves and they know which airline is doing what and right now they're talking amongst themselves to let each other know not to join PX. PX's has spent millions on recruiting attempts but end up with a handful only of which one of them just came for the ride to get free endorsement on type (Boeing 737) paid for by PX and left just after endorsement without even resigning properly. We have lost the level of respect that we used to maintain, thanks to our top of the range management.
PX pay and conditions have reduced drastically for both the nationals and expatriates. The issue amongst our pilots is not in the pay difference (they get same pay) but high levels of stress due to fewer pilots not having enough rest and trying to meet the management arrogance in trying to look superior and successful amongst the rest of Pacific Islands stretching our poor pilots. Just this year alone we lost 2 PX pilots and two PX aeroplanes. That is not very good.
Management does not respect the high-stress work that pilots have to carry out every day. Flying is very stressful if you don't rest properly and the environment you work for is uncomfortable. You sleep at odd hours and wake up and sign on for duty when everyone else is signing off for the day. I call them "flying foxes". Many times they have to try and sleep during the daytime and sign on in the afternoon after hours to go fly through the night to another country.
I knew what happened was looming. It is by law that pilots are given legal days to rest their body system before signing up for duty again. I believe what is happening right now is that, because PX is short of pilots they're stretching the duty limitations and overworking our pilots. When that happens the pilots are flying around with their stress level hanging around at the top of the stress curve (it looks like). They're almost at the peak and all it takes is for a situation to arise in flight to push the pilot's over to the downward side of the curve and that's when pilots lose control or push the wrong buttons thinking it was the right one. Aeroplanes are built to stay airborne until it runs out of fuel. It is the pilots that cause over 90% of the aircraft accidents. That's why airliners all over the world spend millions and millions of dollars not just training pilots and cabin crew but carry out refresher courses to keep reminding pilots on the safety and security aspects of the aviation industry. Human error is impossible to completely eliminate and that's why more money is spent on these pieces of training and courses to maintain awareness. Like they say, pilots don't get paid for flying the aeroplane, rather manage the aeroplane and its crew.
The day pilots earn their real keep is when they bring the aeroplane and it's lives within out of a deadly situation into their homes safe and sound.
That's when they say, "we just earned our pay today".