PM should stand down over his corporate conduct 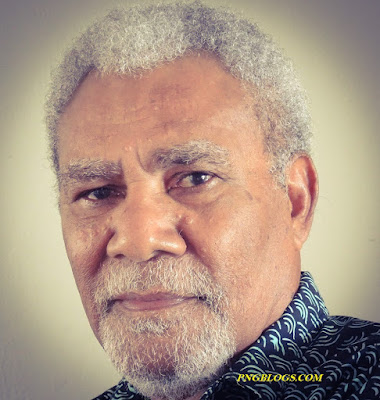 [Press Release by Rt Hon Sir Mekere Morauta]
Prime Minister Peter O’Neill should stand down and submit himself to an independent external inquiry into very serious allegations of personal and corporate impropriety.

The allegations concern his then wholly-owned construction company Wild Cat Developments Ltd and a bridge-building contract with the Asian Development Bank. The bank investigated the contract and found it to be improperly and incompletely implemented by Mr O’Neill’s company.


The bank found proper tender processes had not been followed, rigging of the tender process, misrepresentation, financial management deficiencies, potential integrity violations, serious procurement irregularities, contravention of contract terms, and lack of qualification to tender.
Reports by the Guardian newspaper and the PNGi network state that the 2015-2016 project in West New Britain Province “was fraught with problems, requiring the ADB to temporarily stop payments and send in inspectors …. Eventually, the contract (was) terminated and re-tendered to a Chinese company”.

“The information in these reports is deeply disturbing,” said the Member for Moresby North-West, Sir Mekere Morauta. “It raises the question – yet again - of whether Mr O’Neill is a fit and proper person to be Prime Minister.

“There can be no doubt that Mr O’Neill’s activities as outlined bring the Office of Prime Minister into disrepute. The evidence of wrong-doing is overwhelming.”

Mr O’Neill appears to be using the ADB, which has signed off on loans worth US$1.6 billion (about K5.4b) since 2016, to sustain his corruption, waste and mismanagement.

Sir Mekere said he was shocked, but not totally surprised, that the Asian Development Bank had not undertaken due diligence on the West New Britain/Wild Cat project in the first place. Other projects have been similarly lacking, leading to increased costs (90 percent cost overrun for the Lae port), expensive bailouts (Bemobile) and risky lending (budget support without controls, such as for health commodity procurement).

“In each of these cases better due diligence could have saved Papua New Guinea tens of millions of kina or have been the catalyst for administrative reform,” Sir Mekere said. “It could have prevented the sort of alleged misconduct discovered in the bridge-building program.”

Sir Mekere said the Prime Minister’s alleged behaviour concerning the K85-million ADB contract is in keeping with well-known incidents in his corporate and personal history.

Papua New Guineans will recognise a pattern of events over a long period of time: PNG Banking Corporation, RIFL, Waigani land, the NPF inquiry and NPF Tower, disastrous Oil Search share dealings, the infamous UBS loan, the Investment Corporation, Manamatana Apartments, misuse of the Office of Prime Minister to avoid due process of the law, the Public Service Housing Scheme, the illegal purchase of power generators – which PNG Power is now desperate to sell as they are uneconomic and unsuitable, Parakagate, the avoidance of due process in APEC procurement, the removal of countless public bodies and state-owned enterprises from public scrutiny, and others – the list is very long.

“The Office of the Prime Minister belongs to the people of Papua New Guinea,” Sir Mekere said. “It does not belong to Mr O’Neill to do with as he pleases. It is not a money rain office for himself and his cronies, and it is not a vehicle for abusing and avoiding the laws of Papua New Guinea, including the Constitution.

“Instead of winning international plaudits, Papua New Guinea’s reputation has been dragged through the mud because of the Prime Minister.

“How embarrassing to have to beg for external assistance in order to stage APEC in the first place. APEC Leaders will have left Papua New Guinea remembering Maseratis and Bentleys, foreign frigates and security personnel, luxury cruise ships, the stories of Mr O’Neill’s personal business dealings and the stand-off between the two biggest APEC nations that Mr O’Neill was unable to mediate to result in a meeting communique.