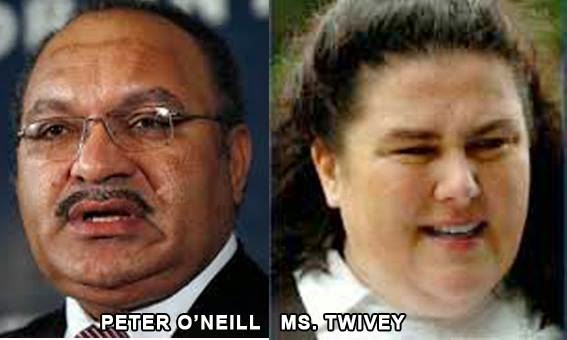 You know why Mr Panic O'Neill ran over to Supreme Court to stop VONC? Here is the real reason...

Supreme Court interpretation of Sections 19 of the Organic Law on Integrity of Political Parties and Candidates was made by the former Chief Sir Salamo Injia in 2011 and 2016. It was ruled, some parts of this section of the constitution unconstitutional (removed). No longer applicable;

1) Part of the law (Section 19) that states, all PM candidates must be leaders of their political parties and must have the highest number of its candidates winning in elections. Only parties with the highest number will be allowed by the Governor General to form a government.
#RULLING: Supreme Court ruling made this part of the law unconstitutional (removed). That means any MP can be a PM candidate regardless as long as he/she can master the number on the floor of Parliament.

2) Part of the law (Section 19) that states, MPs who have voted for a PM in the formation of the new government or who have won General Election under the ticket of a political party will never be allowed to vote against it in a VONC or any policy matters in the Parliament.
#RULLING: Supreme Court ruling made this part of OLIPPAC unconstitutional, hence MPs are free to move around, free to vote, free to join other political parties, free to vote against a PM.

To idiots like Daniel Tulapi and his ill-advised Mr Panic O'Neill, be reminded that Court does not have the power to make new laws but it interprets the 'existing' laws. And if the need occurs it has 'interpretation power' to rule it constitutional or unconstitutional. That's what exactly Injia J (2016) did.

The parts removed or made unconstitutional on Section 19 of the Organic Law remains unconstitutional. Even if Mr Panic O'Neill runs to Supreme Court to make Injia's ruling unconstitutional he will still bump into brick walls. His next move is to run to men in the photo below for some bucks to buy off gullible lunatics in the House to win against possible VONC.

Supreme Court will never waste its valuable time on vexatious and frivolous cases like this. It has more important election matters and the backlog of cases to deal with.