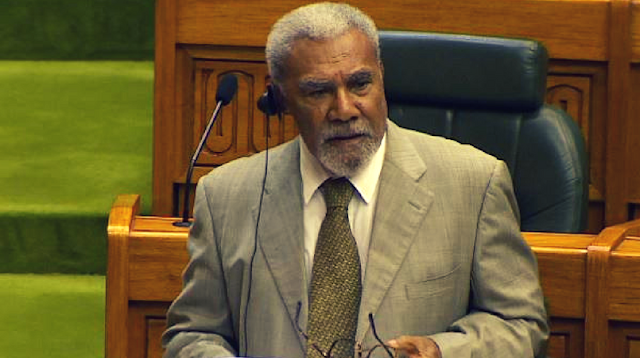 Prime Minister Peter O’Neill’s failure to set up a Sovereign Wealth Fund, leaving national revenue flows to be plundered and wasted, means any recovery plan by an incoming government will take years to implement because of a lack of money.

No money has ever flowed into the proposed SWF – in fact it has not even been constituted and does not have a board of directors despite all the trumpeting by Mr O’Neill and his accomplices. There is no SWF with any money or any assets – it is toktok tasol.

“If the SWF had been set up, as proposed by me in 2011 and legislated in 2012, an incoming government would have a powerful tool to help with the rebuilding necessary after seven years of economic and financial mismanagement by Mr O’Neill,” the Member for Moresby North West, Sir Mekere Morauta, said today.

“Instead, the irresponsibibility and negligence of Mr O’Neill have thwarted the purpose of the SWF - to help bring national economic growth and financial stability, to be the foundation of national savings in good times for use in bad times, and to provide for responsible expenditure on productive infrastructure.

“What should have gone into the SWF has been wasted on monuments to promote himself in Port Moresby such as roads to nowhere, showpiece buildings that are now standing empty and unused, and self-promotional events such as the K3 billion APEC party for his cronies and rich foreigners. (The Maseratis and Bentleys still have not been sold.)”

Compare Mr O’Neill’s miserable performance with that of tiny Kiribati, population 110,000. It has a SWF holding the equivalent of K2.5 billion. Timor L’este, population one million, has a fund worth K57 billion through wise use of its oil and gas revenue. PNG Sustainable Development Program Ltd, which is in effect a SWF, has saved K5 billion for the people of Western Province. And instead of allowing PGSDP to get on with helping provide services and infrastructure for Western Province, Mr O’Neill has wasted millions of kina of public money on legal challenges in attempts to get his hands on PNGSDP’s money.

Mr O’Neill has not even bothered to implement his own version of the 2012 SWF legislation, Sir Mekere said, making recent boasting by him and his accomplices nothing but noise from empty drums.
As a result of not establishing a SWF, the gas revenue boom experienced between 2011 and the collapse of the oil price in late 2014 was not captured, nor was revenue from the construction of the K65 billion PNG LNG project.

“The riches that should have flowed into the SWF and its associated Infrastructure Fund from the house of Kumul have just disappeared into thin air,” Sir Mekere said.
“Mr O’Neill, who is the sole shareholder of Kumul, must explain what he has done with all that money. For example, in 2016 Kumul Petroleum had revenue of K1.8 billion at today’s exchange rate, and in 2017 it had revenue of K2.2 billion.

“Not one toea has flowed into the SWF, as required by law. Revenue comes into Kumul and then mysteriously disappears, resulting in massive losses to national development.”
Sir Mekere said there was an urgent need for another well planned and properly funded reform and reconstruction program, as in 1999 when he became Prime Minister and initiated the reforms that saved the nation from bankruptcy.

“At that time I was able to repay the large national debt created by the recklessness of Mr O’Neill’s PNC mentor, Bill Skate, by reallocating the scarce resources he left behind and with help from friendly countries and financial institutions,” he said.
“But without an SWF, the nation has no financial reserve to call on today to repay Mr O’Neill’s mountain of debt or to stop the budget from wild swings.

“A new Government should give high priority to the establishment of a Sovereign Wealth Fund so that the foundation for sustainable growth and budget stability can be laid, and savings can be made for future generations.”