BIG SHAME! THE BAVA PARK RUGBY UNION STADIUM HAS BEEN CONVERTED INTO A LIVING QUARTERS 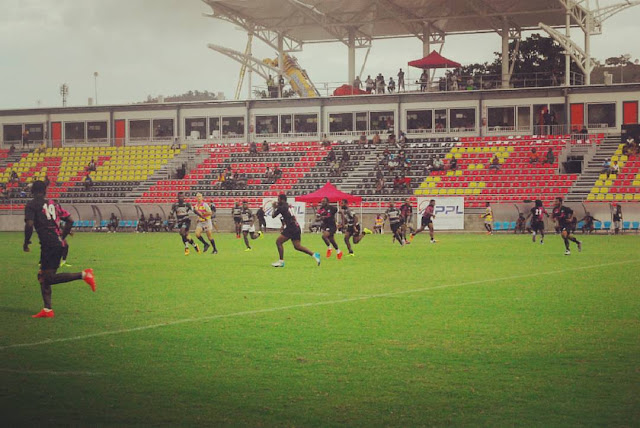 by Frank A Makanuey
The dressing room at the Bava park rugby union stadium has been converted into a living quarter's. Big games cannot be hosted there due to the lack of a proper dressing room.

Is NSTL a State-Owned Enterprise? Is NSTL owned by PNG Sports Foundation?

Prior to the Pacific Games in 2015, the PNG Sports Foundation under the former Minister Justin Tkachenko conducted automatic acquisition of the sporting fields around the Bisini - Boroko area and improved it for the games. Soccer, Softball, Netball, Rugby Union, Cricket and AFL fields including the land where the Botanical Garden used to be but was being used by Port Moresby Softball as the carpark.

All these fields are now managed by a company, a business arm of the Png Sports Foundation which now manages these infrastructures. The company is called NSTL, or National Stadiums Trust Limited.

Can the Minister responsible for Sports answer the following questions? I believe the Ministry of Sports still remains with the Prime Minister and Wesley Ramin as the Vice Minister.

1. Does the company come under the SOE, if not, why not?
2. PNG Sports Foundation is a public service institution. Can a Government Department own and operate a Business?
3. To whom does the Company make Declarations and where does the profit margin go to and who benefits out of them.
4. Is this company a private company, a trust, or a Government Department-owned business. And who are the Board of Directors of this company?
5. Can Sir John Pundari and the Parliament Public Accounts Committee inquiry into their Finances, Legality and Operations?
5. Are the Land Titles of the Bava Rugby Park, Bisini Soccer, and Softball and Netball grounds registered under this Company?

I believe this company is illegal. I believe the company National Stadiums Trust Limited (NSTL) is an illegal company set up by PNG Sports Foundation to manage all the stadiums. This company now owns and operates the Stadiums at the Bisini, and regularly receives rental payments from Rugby Union, Soccer, AFL, Netball and Softball for the usage of the fields once owned and operated by the sports.

I believe the Board of Directors of NSTL will one day own these Stadiums.

If the EMTV saga requires an immediate undertaking to be investigated, by the same token, the same must be applied to Png Sports Foundation and NSTL.

By the way, the dressing room at the Bava Rugby Union has been converted into an accommodation to house one of the NSTL employees.

Tomorrow the Oceania Rugby Union Cup will be played at the Sir John Guise Stadium, because the Visiting Teams from Solomons Islands, Niue and Nauru cannot use the Dressing Room at the Bava Park to change and play.

What's going on Mr Minister? Please explain. I have asked these same questions since 2017, and to date no one has responded. I asked again 5 days ago on this forum. Silence.

I will continue to ask until I get some kind of response from the Minister. It seems this is the tip of the iceberg when it comes to PNG Sports Foundation since the 2015 Pacific Games.