DO NOT SEND BEGGERS TO WAIGANI 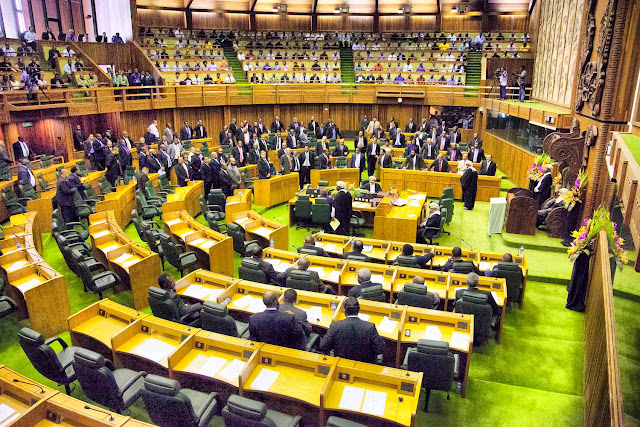 "PAPUA NEW GUINEA PRIME MINISTER BEGGED AUSTRALIA TO GIVE HIS GOVERNMENT 300 MILLION DOLLARS IN CASH TO SUPPORT HIS GOVERNMENT'S 2020 BUDGET" ----- THIS WAS A NATIONAL NEWS ITEM RELAYED ACROSS AUSTRALIA TODAY BY THE 24-HOUR NEWS CYCLE
https://www.channelnewsasia.com/news/world/papua-new-guinea-asks-for-millions-to-avoid-budget-cliff-11842610?fbclid=IwAR1qY_TZ_8RcINq_nv3D0_4eXrvq4gZ-8xkQKi_bII7yAlf7mQcT_f9b6LU

As a Papua New Guinean I was embarrassed to see this news item on my TV screen this evening.

The TV shot showed James Marape saying if Australia does not give this amount, there are other countries, and he quoted China and India specifically, where PNG can turn to for help ---- implicitly throwing thereby a veiled threat at the traditional friendship between the two countries.

The first immediate feeling --- more than a mere thought ---- that hit me there and then, was that the PNG politicians are now on an international begging mission to rescue the nation from bankruptcy due to over-borrowings which the nation simply cannot afford to repay, exacerbated by an unprecedented mismanagement of the economy and an endemic corruption among politicians and public servants at all levels of government.

The second embarrassing feeling I had was brought about by a realization that PNG politicians seem to have no qualms, moral or otherwise, about the fact that being our political leaders, they are on the world stage 24/7, and that they carry our collective integrity as a proud people, a proud Melanesian nation. Somehow, they lose all the sensitivity that as a proud people, Papua New Guineans are not beggars. It demeans us for our politicians to go on the world stage and beg. Em bigpla sem. Please, for our peoples' sake don't do it.

Live within your means, is the wise advice everybody gets from their parents, and it applies equally to nations. Our politicians have gone from being borrowers to being over-borrowers. That's bad enough. Now they are becoming beggars. It can't be worse than that ------- surely!

Australians used to give their annual budgetary support grants in cash until they saw that their hard-earned cash was being stolen by both PNG politicians and public servants, and so they began to tie their aid to projects that they wanted to see implemented to progress the nation-building. Again, the corrupt conduct of our own public officials had brought this fate on the nation.

If I ever get any chance of addressing our 8 million people directly on their choices of their reps for the 11th National Parliament in 2022, I would say to them: "don't send any beggars to Waigani, no matter who you choose."