Prime Minister must show achievements by 6 September or move aside 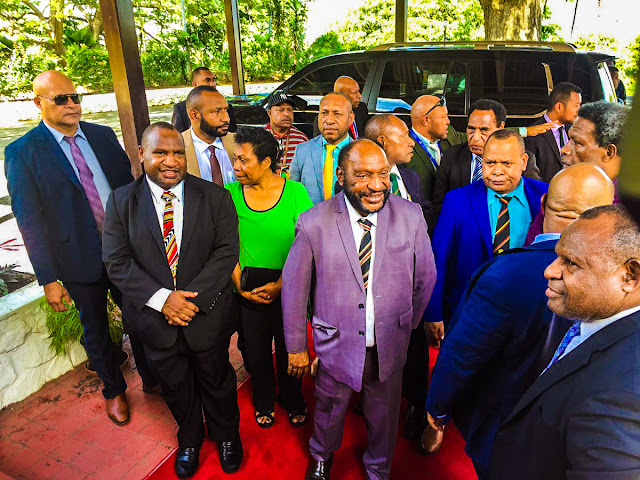 If the Prime Minister has no achievements and only failures to show for when he reaches 100 days in office on 6 September, then he should move aside before he ruins this country. After making so many promises this prime minister has not made a single decision that has moved this country forward. He cannot keep blaming the former government for his inability to make decisions and has to accept that he is driving the economy into the ground.

The first one hundred days is when a new government is supposed to set its plans into motion. But nothing new is in motion, in fact, the country and the economy is slowing down as this prime minister dithers and cannot make a decision on any important issue. All we hear about is consultations and discussions and sharing ideas and announcements that there will be more announcements coming soon.

The Prime Minister has misled the country on debt when first he told the country that the government would no longer borrow money. Then he released a statement saying he wants china to give a k27 billion loan, and the next day he said that was fake news even though the press statement was released by his own media office. Only this week he has asked Australia for a K3.5 billion loan to support the budget this year and the Australian government is backing away from this.

For all the hope and the promise this government claimed to bring when they came to office, they have done nothing and just sitting around talking for three months saying they are the new generation. This is not about age, or claiming to be a new generation. James Marape is the second oldest prime minister at his time of taking office with only Sir Mekere Morauta being older when he became prime minister. James Marape is only five years younger than Peter O’Neill so this talk about age and new generations is just a distraction.

This country wants a leader who will make decisions, not just talk and preach and go around in circles not knowing what to do. By Friday, September 6, if the Prime Minister has nothing to show for the opportunity that has been given to him, he should step down and make way for a leader with experience and determination.

The time for talk is over! This Prime Minister must start to move forward or move aside.