Analysis of the recent political split by BELDEN NAMAH MP. 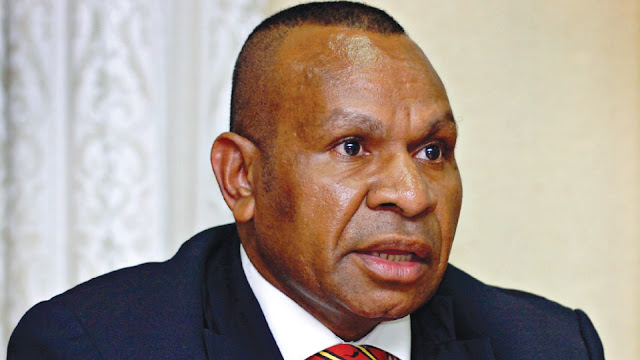 
MARAPE SPLITS POLITICAL PARTIES: WILL HIS STRATEGY TO GAIN ABSOLUTE POWER LIKE HIS FORMER PARTNER WORK? AN ANALYSIS YES AND NO!

Because he has the Executive (NEC) as well as Parliamentary powers (numbers), supported by the trend in PNG that being in Government has some privileges and MPs may better deliver services to their Districts and Provinces.
He’s successfully killed the shepherds and the sheep has been scattered. His Press Statement clearly spells out the strategy – to bring more sheep to support his PANGU Party, so he can defeat any VONC, ensure the Opposition is starved of funds and he can reign as PM with absolute power.
Don’t forget, Marape has been former PMPO’s very loyal partner and right-hand man for 7 years and the longest-serving Finance Minister. He was part and partial of every economic choices and decision-making and he controlled the money and all major contracts through the administration of the Public Finances Management Act (PFMA) and the CSTB.
Watch! Will he ever sack Ken Nangan as per the public outcry?
Let’s not forget he rigged the 2017 National Elections to get more votes than the number of registered voters in his District, as widely reported in the media. During PO’s reign, he’s one key Minister that go under the radar. He is not clean and a saint as people are singing.
Oh and I remember he used to offer “hatim bel” kind of responses when then Opposition used to raise issues. Kerenga Kua with his long beard used to scream like a mad man. Lol. They’re now friends.
Marape’s strategy will be successful because he has learnt the dirty tricks and tactics very well from his former boss and partner. The guy is power-hungry, untrustworthy and cunning. He back-stabbed MPs during the VONC and we’ve seen some MPs spill the bins out on FB. Critically, he needs the numbers before the Supreme Court’s decision next week. He’s also playing the carrot and stick strategy to consolidate his power base.

I’ve wondered why the Highlands MPs have been quiet. It’s understandable what transpired during and after the VONC was a bitter blow and backstabbing for MPs like Duma, Pato, to name a few. But generally, they have been silent.
Marape forged new relationship with the “nambis” MPs. Critical is his alignment with a specific group of nambis MPs – the “Hap Kas”. It’s obvious the “Hap Kas” are very influential and pulling the strings. It must be a concern because some “Hap Kas” don’t have any cultural footing and they have their personal vindictive agenda not in the best interest of the nation. Some don’t know what Melanesian Way is.
He may succeed with NA, which is known to be a Sepik party. He’s already stooped too low to involve heavily in their politics. But he’ll have a tough task with PNC. PNC is a party with most MPs from the Highlands Region and membership from all over PNG. Highlands region has 44 seats compared to all the other regions with less than 20 and 30.
The Highlands MPs had enough of being the “Cargo Boys” for the Nambis MPs. Their punch line is “It’s Our Turn”. Hela disposed Souths and aligns with nambis MPs! Just thinking whether that is the reason why the Highlands MPs are watching in silence?
Also, Basil who resurrected PANGU has been thrown out mercilessly, and him and his MPs are Party-less now as stated by Gelu. It seems PANGU Pati does not have a platform and I wonder whether the party machinery is effective. Marape, an NA man, moved to PNC and now to PANGU has never led a party before nor has any firm party footing on political ideologies and values (no depth just hot air preaching).
Will Basil return to PANGU and take a lesser role? Will Bryan Kramer’s The Allegience merge with PANGU? Even if it merges, that party has failed to attract a single MP. Will Basil and Kramer make up from their “blunt pencil” differences and be that force supporting Marape as their Party Leader?
There are many moving parts. I won’t be surprised if Marape becomes PNG’s shortest-serving PM because his number one (1) strategy in his first 100 days was to split NA and PNC and cause political instability, using his mentor and former boss PO’s divide and rule tactics. He will have a hard time syncing and satisfying everyone.
If he’s really a Christian and God’s chosen leader, he should take rest from his vindictive political witch hunt fuelled by insecurity, as he alluded to in his poorly written and structured press statement. He should rest in the comfort of knowing that “no weapon formed against him shall prosper” and “if God is for him, who can be against him”?