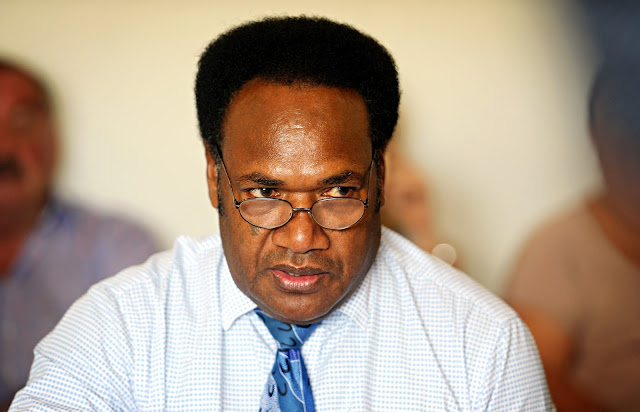 BORNEO PACIFIC PHARMACEUTICALS LTD, started as a small pharmaceutical company in 2001 and after just 2 years, in 2013 without compliant to ISO 2001 standardized, the company was awarded huge contract worth Millions of kina from PNG Department of Health to procure and supply Pharmaceutical products to all Aid Post, Health centers and Public Hospitals across the country.

BORNEO PACIFIC PHARMACEUTICALS LTD even though Failed to produce ISO 2001 Complaint documents, Was awarded a contract.

How did they get that contract from PNG Health Department?

As revealed by the Secretary of Health Department Mr Pascoe Kase today (30/10/0219) when asked by PAC, the Company was Nominated by PNG National Tenders Board through technical advice from the Department of Health Technical Advisory Team.

Very Interestingly, Mr Pascoe stretched that his technical team made a direct recommendation to the National Tenders Board for the selection of Borneo Pacific Limited without his awareness and or interference into the decision paper.

The question arise is, how come a Departmental Head is not aware of its Own Department Technical advisory team's recommendation to the National Tenders Board?

This sounds very suspicious of a well organised money laundering scheme rooted in the department of health that needs to be uprooted immediately.

Furthermore, when Mr. Pascoe was asked by PAC for why that ISO 2001 standard was removed, he responded and said because it was a requirement inserted by One of the Australian Technical Advisers last minute at that time, He had to remove that.

Interestingly it was revealed that Secretary Pascoe was following a direction from one of the bidding company to delete that ISO2001 as standard requirement for considering PNG's Pharmaceutical supply standard at the last minute because that company failed to comply with that requirement.

WHAT A TOTAL Disgrace and heart burning to discover through the PAC inquiry that the Contract worth millions of PNGs tax payers money were awarded to an incompetent and under-rated Asian orientated company.

All the lives of PNG citizens where put at stake but thank God that we survived through these uncertain periods created by a greedy few.

Now, honors is on our good Minister of Health, Hon. Elias Kavapore to immediately Sideline Mr Pascoe and allow investigation into this saga...

Also investigate all these so called technical Advisors at that time.

8 Million eyes of PNG is now on the good Minister for Health, Hon Elias Kavapore to hear and read what will be his response to this incompetent and down rated Secretary Pascoe

seth said…
WE HAVE LOST MILLIONS TO UNSCRUPULOUS DEALS BY GREEDY AND SELFISH PEOPLE. THIS SAGA DOES INVOLVE MORE PEOPLE THAN THE SECRETARY KASE. WHAT ABOUT THOSE MINISTERS WHO HELD THE MINISTRY.!
November 4, 2019 at 8:30 PM

Unknown said…
Has the National Doctors Association been made aware of this revelation?? If so, what os the response?? The silence is deafening.