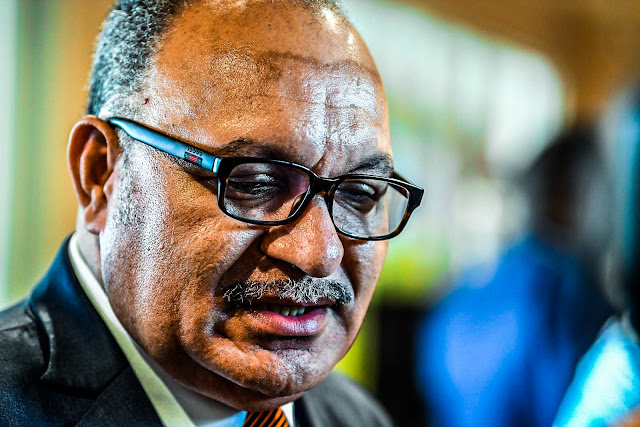 by WILLIAM BERANO
In reference to the story published by the Australian Financial Review titled"Son of ousted PNG PM living in 13M Sydney Waterfront Home," why hasn't the Ombudsman Commission moved on this crucial information?

The former PM has stated that his son resides alone in the mansion while he (O'Neill) is renting from an old friend, Sir Theophilus Constantinou. The whole world knows this is hogwash as the former PM has boasted to colleagues about his new waterfront home in Sydney.

Can the Ombudsman Commission perform its role and demand document evidence of this so-called "rental agreement" and transaction details to prove that he (O'Neill) has been paying rent since his son (a university student) moved into the residence?

We, the people of PNG, find this excuse absolutely ridiculous! If O'Neill claims he has never stayed at the residence, then why would he pay rent for his son to live alone in a very spacious $13M mansion? At current rental rates in the area, this would be a sum close to $1.3M per annum (K3.25M per annum).

A smaller home or apartment would be more believable under the circumstances. The former PM must prove that he has been paying a fair rental sum for this property.

The people of PNG are waiting for some answers!