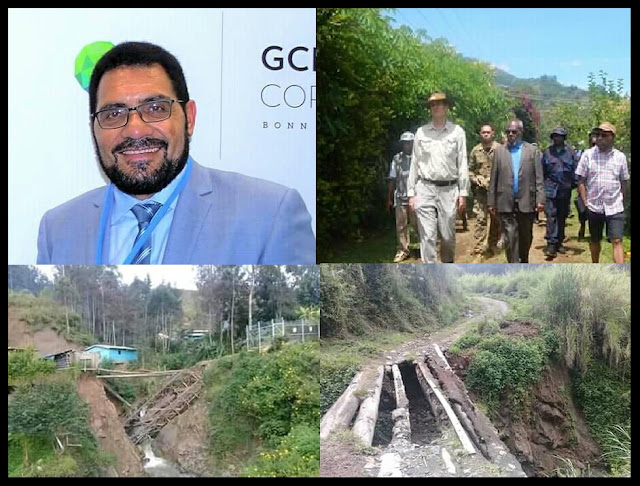 After a bumpy ride to Kompiam Station in Enga Province, an irritated Governor-General Sir Bob Dadae regretted giving the Sir title this year to the LMP John Thomas Pundari.

From some reliable sources, the Queens Rep said he truely regrets awarding a title to a politician who didn't deserve the title.

The LMP was recently recognized by the GG's office for his services to the district for 25 years but actually, when visited by the GG Sir Dadae nothing tangible was on the ground.

What a disgrace and shame of the incumbent who in fact is a Sir worth nothing. It is also a wake-up call for the officers from the GG's office to properly investigate on politician's before awarding of titles.

Picture: Dr David Mills (of Kompiam Baptist Hospital) and Finance Secretary Ken Nangan who is from the district giving the GG Sir Dadae a tour of the hospital.

The picture also includes the deteriorating stages of infrastructure in the electorate.