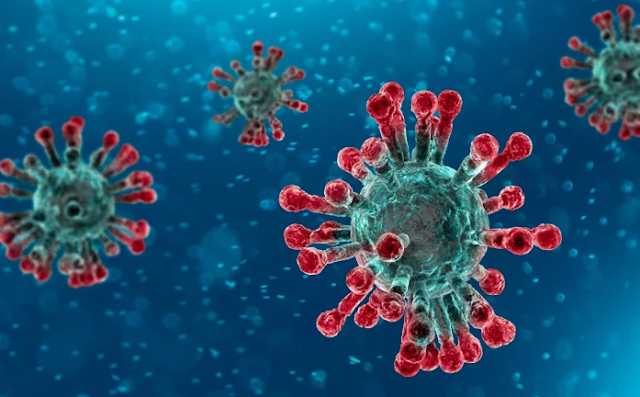 Is it safe to isolate and quarantine people at the old terminal at Jacksons Airport and Port Moresby General Hospital?

Well, let's look at what the rest of the world is doing.

But first, what is 'isolation' and 'quarantine'?

As per the attached screenshot of the difference between the terminologies by the University of North Carolina, they are terminologies used by health authorities to define the seclusion of people in order to contain a contagious disease. Isolation is for those already sick and quarantine, for those not sick but may have been exposed for the period of incubation of the virus, to see if they become sick.

Now back to the seclusion areas of the world as summoned up by News.com Australia.

In Britain, it’s a hospital, located within a short bus ride from 1.4 million people. Nurses were told to clear out and their living quarters are used. The Arrowe Park Hospital west of Liverpool on the Wirral Peninsula is where around 80 people are now quarantined. But many locals are perplexed why people who may be highly contagious are being housed so close to a major city. And remember, these are all evacuees from China who are not sick.

In the US, the first arrivals from Wuhan went to March Air Reserve Base in California. This has the benefit of having accommodation, being secure and close to air routes from China.

One air base isn’t enough though. The Pentagon has said a further six bases, including sites in Texas and Nebraska, have been designated as quarantine sites to house up to 1000 American evacuees.

In Australia, the former immigration detention centre on Christmas Island and an old mining camp near Darwin are the quarantine sites.

New Zealanders caught up in the coronavirus crisis are currently isolated at an air base just 25km north of Auckland’s CBD. Germans, too, are being housed in a military camp.

Malaysia has chosen to repurpose a college while 700 Koreans are now spending a fortnight’s forced leave in a civil service training centre 80km south of Seoul.

In Wuhan itself quarantine is at home facilitated by a lockdown which will now enter it's fourth week while the sick are isolated at designated hospitals (not mixed with other patients).

These are the quarantine stations that have sprung up as concern has grown about the spread of the coronavirus from the Chinese city of Wuhan to the rest of the world.

In the case of Papua New Guinea, two sites have been named as 'Incubation Centres'. One at the old terminal facility at Jacksons airport and the other at Port Moresby General Hospital.

There is no clear distinction between the two incubation centres as to which one is for isolation of the already sick, and which one is for quarantine. According to media reports, the Minister for civil aviation stated that the old terminal facility is intended for foreigners but got himself confused as to making the distinction between an isolation site and a quarantine site to specify what the Jacksons site was for. As quoted by 'The National' newspaper.

“So like students and citizens in affected country who are returning home from the affected countries, we can keep them at the incubation centre for 14 days.”

“It will be mainly for treating suspected cases. The one we hope to put up at 7-Mile will be just for incubation, or perhaps we can say isolation".

There is no clear distinction between the separation of the already sick and those who are not sick and have to be separated from the public for quarantine during the incubation period of the virus to see if they get sick.

The use of an unorthodox terminology of 'incubation centre' adds to the confusion.

Given the above, there are two very crucial concerns which must be addressed before we can get an answer to the original question of the safety of the two 'incubation centres':

1. Those not infected and are supposed to be quarantined are placed in a very high risk of acquiring the virus from the sick. For example, a person may acquire it towards the end of the 14-day quarantine period and walkout with the virus which would complete it's incubation outside.

2. Is the proximity of the 'incubation centres' sufficient from the general public including Port Moresby General Hospital patients, given other countries seclusion sites are outside of the public and hospitals with patients?

Now, back to the original question.
Is it safe to isolate and quarantine people at the old terminal at Jacksons Airport and Port Moresby General Hospital?

You make your own judgment.

If there was to be any clear distinction between the 'incubation cetres', Port Moresby General Hospital has got to be an 'isolation' area or centre for the already sick while the old Jacksons airport terminal is the 'quarantine' site for the not sick.

We can only hope that the virus does not enter Papua New Guinea before it is contained.