As a concerned citizen, am totally aghast looking at the situation that has falled on deaf ears of the PM, DF Minister, BG Toropo and the DF Secretary Mr. Akipe...PNGDF has gone to the stray dogs. Gone are the glory years of yesteryear in the likes of Brigadier General Ted Diro and General Jerry Singirok.

Revamp the whole PNGDF with proper proper recruitment within the four regions.

SIMON TUNAPAI
Appointed himself as the substantive occupant of the Deputy Secretary through changes made in the occupancy records in the payroll with effective from. 22nd December 2016 on Substantive Grade 16 to Grade 19.

Since then he has been paid in full salary and all the contract allowance which is in serious breach of General Order 3 conditions which relates to recruitment, selection process as well as senior officer's contract of employment cost.

REX NOU
Appointed as Acting FAS Strategic Policy Secretary on the 09th December, 2016 on Substantive Grade 18. While acting as the FAS Strategic Policy Secretary, he was on study leave from January to December 2017.
While on study leave, occupancy records showed he adjusted his higher allowances to Grade 18.3, reverted back the next pay slip to 18.1 and readjusted again to 18.4. The differences was backdated and paid to him on three occasions pay slips. That's a daylight inconsistencies fraud to cheat the Defence Force.

Upon returning back from study leave, his substantive Grade was adjusted sited to Grade 14 as a Policy Officer.

DOREEN JOEL
The officer is on Substantive Grade 17 but she was acting on Grade 18 as FAS HR.

She collaborated illegally with DPM Officers to appoint herself as the substantive occupants of FAS HR to enrich herself illegally through changes made in the occupancy records in the payroll effective 04th November, 2016. Since then she was paid the full salary of Grade 18 and all the contract allowance and services which is a serious breach of General Order 3 conditions which relates to recruitment and selection process as well as the senior officer's contract of employment conditions. 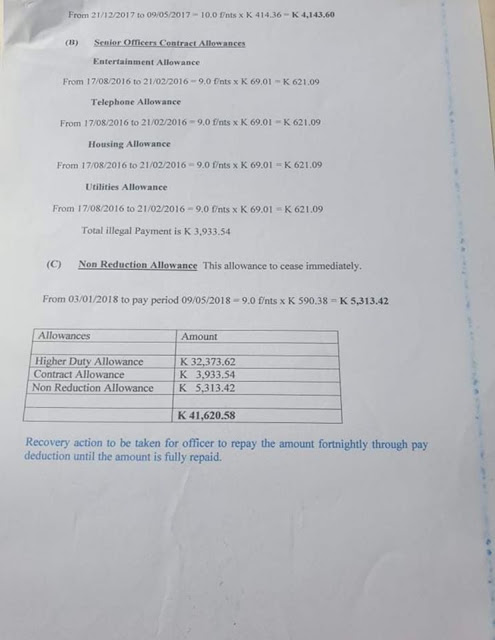 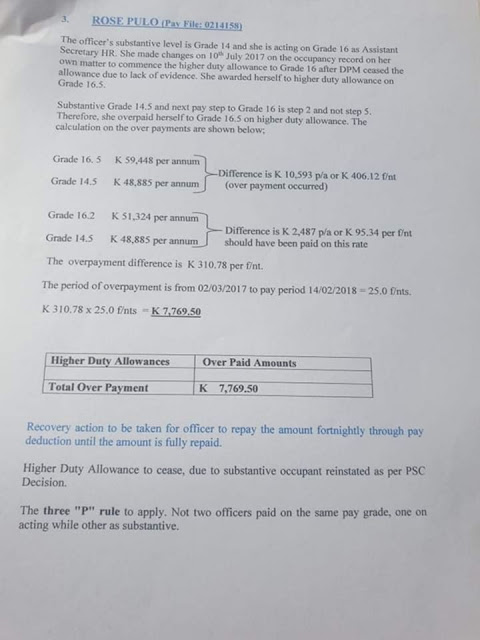 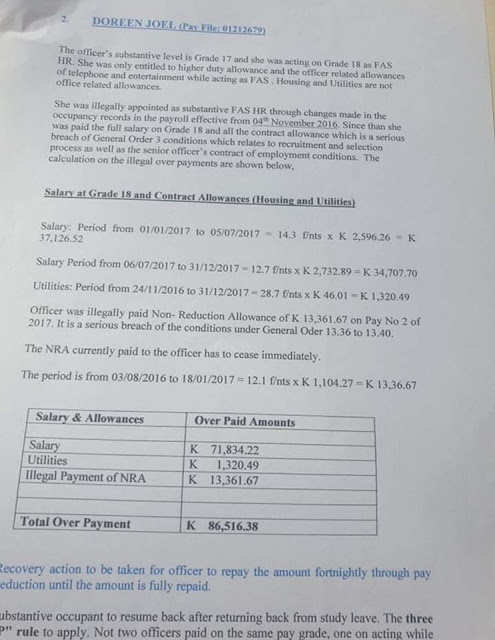 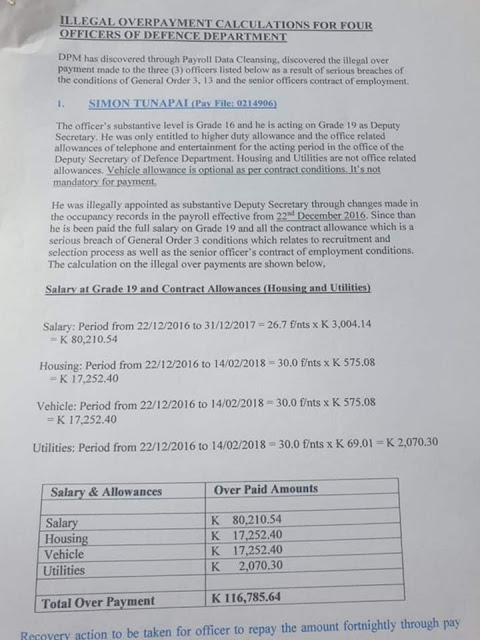