WHO IS HE AND WHY IS HE HERE? 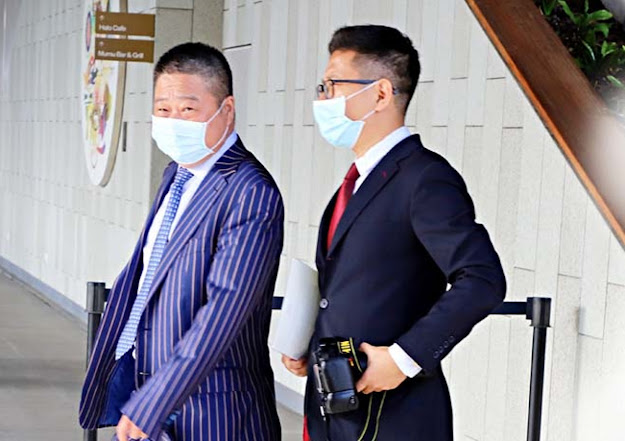 The Coronavirus is a healthcare challenge, it is not terrorism or an enemy state, so the government should not be applying levels of secrecy that is leading to suggestions that they are using the pandemic as a cover for suspicious activities.
The Leader of the People’s National Congress Party, Hon. Peter O’Neill, CMG, MP, has called on the Marape administration to be honest in relation to the Nation’s challenge to manage the Coronavirus.
“Every day there are new claims of secret dealings by the government, and it serves no good for the National interest to see this suspicious activity take place,” Mr. O’Neill said.
“The people of our country and our Parliament insist that there is transparency and freedom of information, but this is being denied under the undemocratic new Pandemic Emergency Law.
“Churches, students, trade unions, businesses, and international organisations such as Transparency International, are taking a stand against this undermining of governance and democracy, through laws that were forced upon the country with no consultation.”
Peter O’Neill said the latest matter that requires an immediate response relates to information provide by a Government Whistleblower about a questionable international flight arrival that appears to contravene National laws.
“The country wants to know the details of on a Private Jet from the Hong Kong, China, on Monday under a veil of secrecy and special permission from the COVID-19 Controller’s Office.
“Who were the Chinese Nationals on board the flight that landed in Port Moresby on 22 June, and is scheduled to depart tomorrow, June 24.
“The Whistleblower advises that these men did not have visas to enter Papua New Guinea, but were allowed out through a back door in the arrival terminal and did not have to adhere to quarantine declarations and checks.
“Further to this, the Whistleblower revealed that the foreign businessmen are in the country specifically so that they can meet in private with the Prime Minister and the Environment Minister.
“Considering the latest outbreak of COVID-19 in China, we want to know why are the passengers being exempted from the strict 14-day quarantine period that was been imposed by the Controller on Saturday, June 20.”
Mr. O’Neill said the flight arrival may well be perfectly legitimate in purpose, and the reason for the Chinese Nationals to meet with the most senior of Government Officials also justified, and the government has the opportunity to respond.
“And that is the point, if there is noting to hide, then James Marape should be honest with the people and explain why this flight was given special permission to land and be granted exemption from Papua New Guinea Immigration and Quarantine Laws.
“This permission was granted by the Pandemic Emergency National Operations Centre only hours before the flight was due to take off from Hong Kong.
“It is incumbent upon all relevant law enforcement agencies to take action to properly investigate this matter and any laws that have been compromised.
“If there is a case to be answered, they must take legal measures to deal with any illegal border movements, and deal with officials who facilitated an illegal entry.
“I raise these matters in good faith, on behalf of the concerned citizens of PNG, and we demand that the Prime Minister respond to these questions.
“Failure to do so would be a further admission that this this government has something to hide, and that it is using the Coronavirus as a cover for illegal and corrupt activities as is being claimed in social media.
“We further call for no vindictive actions to be taken against the Whistleblower, and that this person’s rights be respected, as enshrined in law under Marape’s much publicised Whistleblowers Act.”