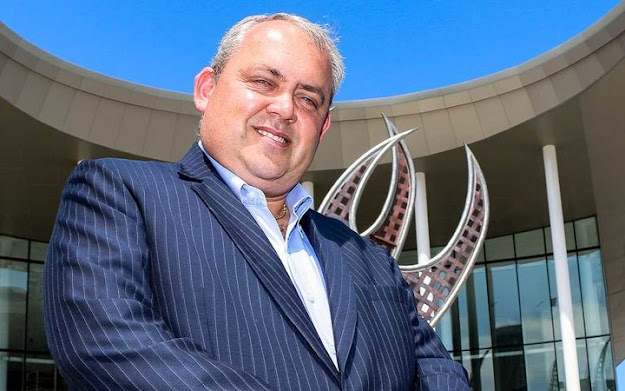 by SHERDRICK JOHNS
Justin TKatchenko (JT) lied again in his media statement reported in the National Newspaper on the 21 of June 2020. He mentioned he had never seen the NEC submission until he arrived at the meeting which was held on the 18 of June. That was an absolute lie. Minister for Housing was well aware of the shortlisted candidates before preparation of NEC submission and he knew the Acting MD was not on the shortlist. Let me prove his lies again;

A copy of the letter on the shortlisted candidates addressed to the Minister for Public Service by the Chairman of the Public Service Commission was delivered to the Prime Minster, Minister Justin TKatchenko, Acting Chief Secretary, Secretary –National Executive Council Secretariat and Secretary –Department of Personnel Management on the 26 of May 2020.

On the same day, the Minister called the Acting MD Elizabeth Bowada over to Lamana Hotel and informed her that she was not on the short list. He then assigned his First Secretary to talk to Secretary DPM to find a way to get Ms. Bowada on the shortlist and the Acting MD to talk to the Chief of Staff of the Prime Minister. The First Secretary and Ms. Bowada were frequenting the respective offices thereon for sometimes. However, the attempt to get the Secretary DPM to do their favor failed so they came up with another tactic to frustrate the NEC submission. Minister JT tried his best to convince Secretary DPM to stop the NEC submission but the attempt also failed. The Secretary for DPM knew the process was completed well. The Minister for the Public Service also knew the formal selection process was completed well and proper so he did the formal presentation at NEC meeting on the 18th June and the submission was disputed by JK on the basis of his false statement.

In doing so Justin Tkatchenko disrespected the established process and insulted the intelligence of over forty qualified applicants who applied for the job and underwent stringent merit based selection assessment including his candidate the Acting MD and only three top candidates were recommended to be considered by NEC for permanent appointment.
Justin, you sabotaged the appointment simply to protect only one candidate but how about the other forty candidates who were assessed by the same criteria and did not make the top three?

It is known in the public now that the Minister definitely has something to hide. The obvious reason why he took such action to keep the acting MD was the purchase of NHC Staff compound at Gordons Section 59 Allotment 08 by his company Phoenix construction Limited. NHC insider confirmed that the property was purchased at an undervalued price of K600, 000.00. The purchase was facilitated by the acting MD without the Boards approval because the Minister had earlier suspended the board when he resumed office as Minister.

The Prime Minister must not allow such Minister to continue to hold office. The PM must also respect and protect the integrity of the Merit Based Executive appointment process and not succumb to the hidden agenda of the famous Minister.
PMJM, you should have realized by now that a larger section of the community country wide does not like JK to hold any Ministerial portfolio in your government. They truly hate him.
Representing the community at large, I am now asking Ms. Helen Tarawa of The National Newspaper to ask Minister JK and Acting MD Ms Bowada to admit or deny the purchase of the NHC property.
Over to you PMJM. The testing time has come for you to make critical decisions. Minister Justin must be replaced and investigation into the acquisition of property must commence immediately to maintain credibility of your government. We must not allow a corruption politician to continue to enrich himself.