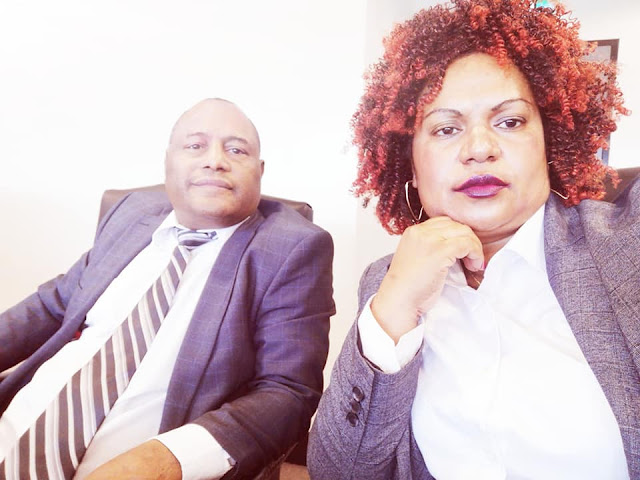 Elizabeth Lolo Bradshaw, one of two super consultants  advising the Morobe Governor on the Wafi-Golpu issue, has been named as a shareholder of Niugini Biomed – the company attempting to steal K10 million through a COVID-19 scam project.

Investment Promotion Authority records show that the company was registered in on the 14th of August.

Lolo Bradshaw owns seven shares out of a total of 76. Bradshaw is a failed politician who contested for the Gulf regional seat. According to documents from the Morobe administration, she is currently being paid K50,000 per month for providing advice to the Morobe Governor.

She has taken over control of the Morobe Provincial Government business arm in which the governor is listed as a shareholder.

Her business partner is another failed politician and  lawyer Ralf Saulep. He  is the center of another controversy in which he was reportedly paid K14 million for legal advice  to the government on the Wafi-Golpu project.

Bradshaw is worming  her way into the inner circle of decision making by influencing Pangu members like Morobe Governor, Ginson Saonu.  It appears her most recent target is Prime Minister, James Marape.

If James Marape is serious about taking back PNG, Bradshaw  should be kept at a distance and Saonu, should be given the flick.