by PAUL AMATIO
Is Bryan Kramer a citizen of PNG? The question is easy enough for a lot of us. Many of our brothers and sisters who have one parent not from PNG also have no trouble answering (if they have opted to take PNG citizenship). Indeed many of them are living in the villages. Some who mainly stay in towns because of work or other reasons are always going to their parent’s village for leave or holidays or customary obligations.
Kramer has stated on an official State document, namely the National Identity Card Application Form that his father is a William Kramer from Aua Island in Wuvulu Island. Is there anyone from Aua who can confirm if there ever was a William (Bill) Kramer from Aua Island? It doesn’t sound like a local name to me.
Although many people are saying that his biological father is a Jim Birrel and that Kramer is an adopted name, the NID Application Form does not differential between natural and adopted parents, so we leave that for Mr Kramer to answer as to who his father is.
Mr Kramer has also claimed that his mother is from Hanuabada in NCD from the Motu Tribe of the Motu Clan.
Anyone who has been to Hanuabada will tell you there is no such tribe or clan. Hanuabada is a pure Motuan village. Other villages like Porebada have Motuan and Koitabuan sections. This makes it clear to me that the MP has never been to Hanuabada which he claims is the village of his mother. So what kind of son is he? He has never visited his father’s village and now we know his mother is Motuan, we hear that he has never been to the Big Village to see his mother and relatives there.
I have attached copies of the scanned documents here for all to see and make up their own minds. Some of my friends’ have messaged me saying I may be taking this too far and too personal.
My friends, this is nothing personal. It is a matter of NATIONAL SECCURITY. It is matter of the RULE OF LAW.
We have a person in parliament occupying one of the most important ministries in this country. The law requires that such a person be a citizen. It is vitally important that he is a citizen because he is also a member of the National Security Council. He will make decisions on laws, policies and procedures that have an impact on all our lives. We have the right to sleep comfortably at night knowing that the person mandated to protect our interests is the right person and not some foreigner who will his own interests and that of his own country above ours.
All citizens must have no shadow of doubt in their minds that the person in that chair is rightfully there and has not come obtained that position through any fraudulent or corrupt means. As a citizen, it is my right as well as yours to ensure that all such doubts are cleared and put to rest. If the person under suspicion cannot come out and clarify the air then he or she must be compelled to do so through the legally available channels. And I for one thank the Honorable Governor for Madang Mr Peter Yama., MP for making this happen.
This case also sets an important precedent for other similar appointments in the future.
There are many others who have gained their positions through fraud, trickery and subterfuge who are lurking in the shadows and preying on gullible people in all walks of life. These kinds of people perpetuate their actions and in the process bring pain and harm to many innocent people. They need to be identified and eradicated as they are also a prime source of corruption and crime.
This should also serve as a wakeup call for those who enter the office of the Prime Minister. Do not make appointments based on feelings or emotions or political convenience alone. If you have to make such senior appointments, be it to Ministries or Department Heads, then make sure that you heed the findings, and any recommendations and advise from those who have been mandated to provide you that information. Especially the NIO whose job it is to provide that to you.
Let the truth prevail ! 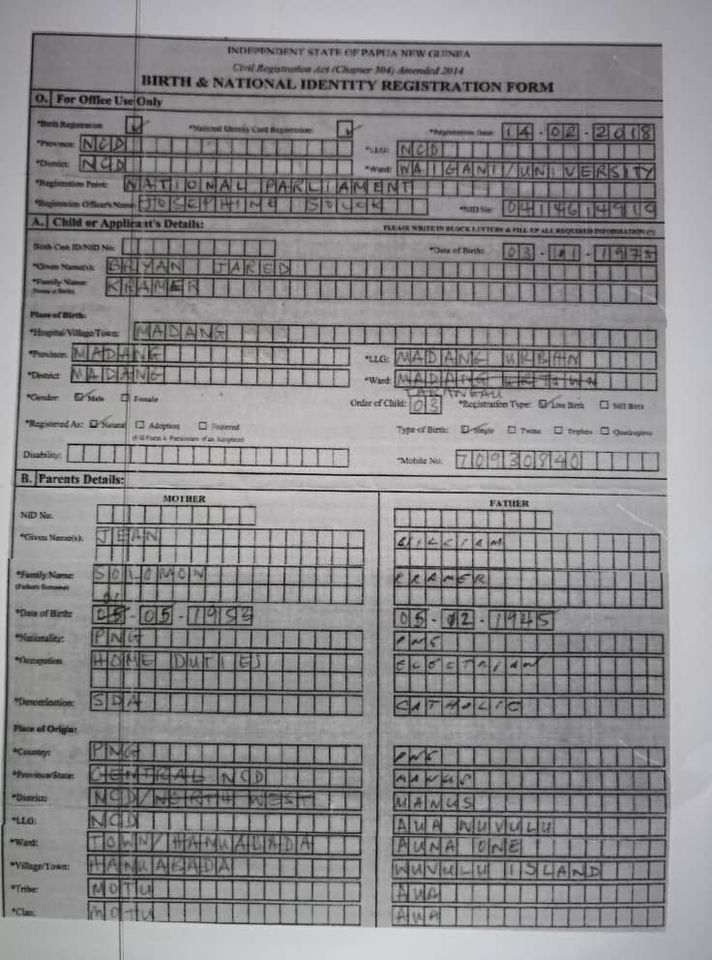