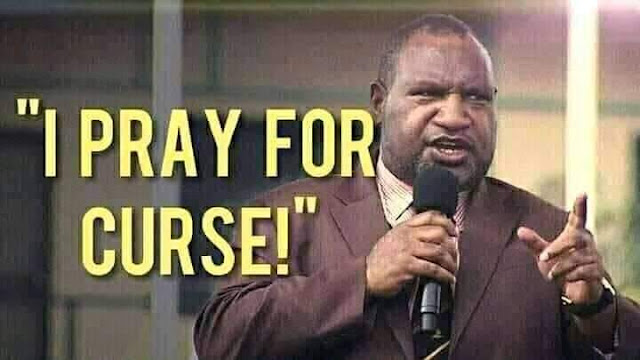 In 2017, It was no surprise that James Marape has retain his seat in the Tari Pori electorate. However, given the circumstance surrounding rumors that the elections in Hela was rigged, there is now evidence surfacing that speaks volumes. Remember, numbers don't lie.

No, not in its entirety. It is now confirmed that possible 12-15,000 ballot papers were floated during the elections in Tari-Pori electorate to James Marape. Electoral commission, the election manager John Tipa, have failed to validate the total ballot papers issued against count.

Secondly, it failed by declaring James Marape as the Winner through the elimination process. The declaration can only be made through 1st preferential counting. The elimination should have been allowed to continue.

Thirdly, we would have expected a drop in total voters since all-around country, there was a shortfall. One would suspect the shortfall of ballot papers might have all accumulated and ended up in some key PNC members electorate.

Fourthly, if this suspicion is true, then there is absolutely true that the same amount of floated ballot papers may have also being marked to current leading PNC candidate in the Hela Regonal - Philip Udialu, who is leading by massive 12-15,000 from its nearest rival - Dr Hewali.

Goroka was the worst. It was Bire Kimisopa's win. Different parties put up strong candidates one in particular was by the United Resources Party who endorsed Elijah Gomae who has the biggest base of 8,000+.

Instead the Prime Minister used thugs and youth to spoil any chance of a fair and trouble free election. Pangu's candinate and now sitting MP Aiya Tambua had no base votes, they had two candidate in the same village but somehow managed to pickup votes from all over.

1. The PPC was removed and a Michael Welly PPC of Oro was put in 5 days before the voting.  This same Michael Welly who was  PPC in Hela during the 2017 National Elections.

2. A John Tipa was send by Simon Sinai from Electrol Commission HQ. The same guy was Election Manger for Hela during 2017 NE. He was attacked by other Candidates and was seeking Medical Treatment in Australia..