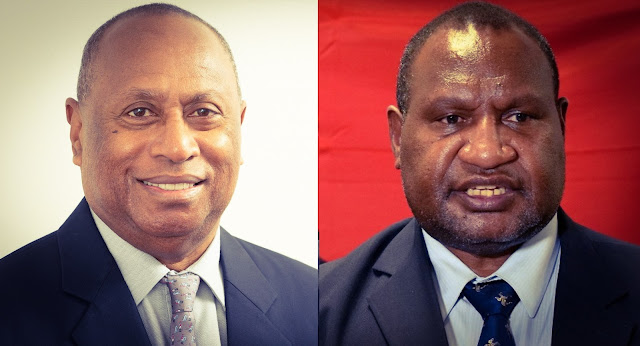 MARAPE AND NEC SCREW UP KCH BY SACKING PNG'S GLOBALLY RECOGNISED EXECUTIVE - "HE WAS NOT GOING TO BE AN ATM WHEN ELECTIONS ARE AROUND THE CORNER"..
Isikeli ("Keli") Taureka was most recently the head of Chevron Corporation's Geothermal & Power Operations (GPO). Prior to his assignment with GPO, Mr. Taureka was the President of ChevronTexaco China Energy Company with responsibility for Chevron's oil and gas upstream activities in China. Earlier at Chevron, Mr. Taureka served in a variety of executive positions, including General Manager/Country Manager for Chevron New Guinea Limited, where he was responsible for oil operations in Papua New Guinea and Western Australia.
Prime Minister James Marape has explained that the National Executive Council, has removed the Kumul Consolidated Holdings (KCH) Managing Director, Isikeli Taureka, over his non-performance, in meeting national project deadlines.
Mr. Marape in a statement, says the decision came into effect as of 12th October 2021.
He says the KCH since its inception from the Independent Public Business Corporation (IPBC) in October 2019, was done to build governance and accountability, and successful project execution.
Mr. Marape also says these projects are viable, and can fundamentally change the accessibility and affordability of services and benefit the welfare of our people, therefore, extensive unexplained delays to these major projects by KCH and SOEs are not acceptable.
He adds that the Government understands that SOE issues cannot be immediately resolved, but they gave KCH over a year to work with SOEs to support the development and execution of these strategies.
Prime Minister Marape further adds that the government had to take the step to remove Mr. Taureka, because of the lengthy delay.
Meanwhile, Prime Minister James Marape has announced that the NEC has appointed Professor David Kavanamur, as the Acting KCH Managing Director.
Mr. Marape says the NEC has settled with Professor Kavanamur, because he has served as KCH Chairman, and fully understands KCH challenges, and the objectives set out by the government.
He also says Professor Kavanamur is well respected in PNG and across the region, has a comprehensive background in both the public and private sector, and is fully supported by the KCH Board under Moses Maladina as Acting Chairman.
JAMES MARAPE keli taureka